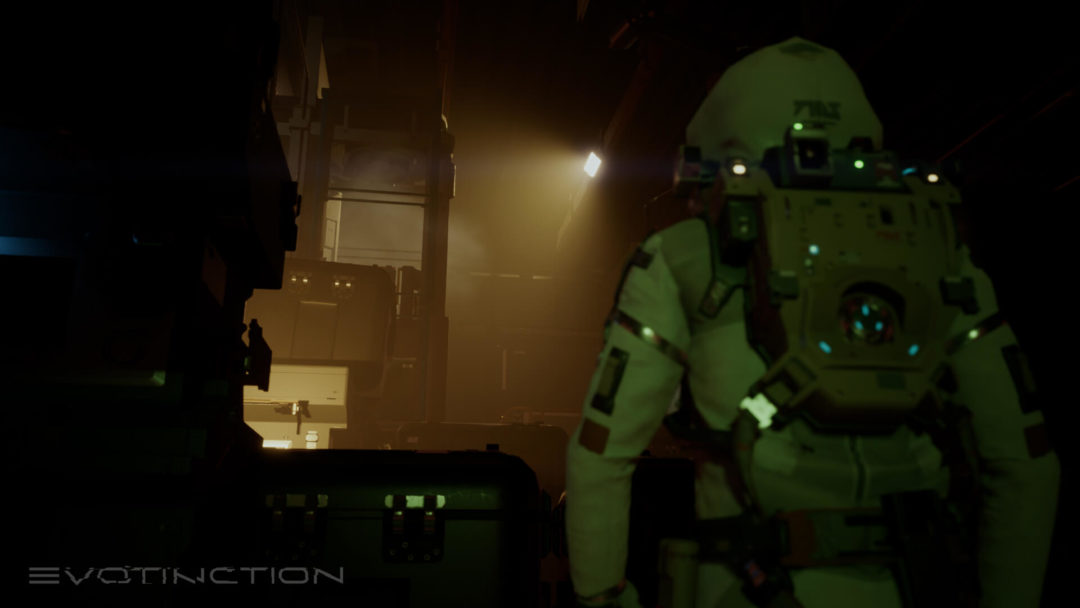 Sony debuted a new trailer for Evotinction at its ChinaJoy 2019 press conference today.

Developed by Hangzhou-based Spikewave Games as part of Sony’s China Heroes Project, Evotinction is a self-described “hack and stealth” game. “Hack” as in hacking a computer, not hacking and slashing. The new trailer depicts its main character, a doctor kitted out in futuristic duds, hacking into rogue robots from behind cover to secure a path through a dangerous facility. The bots, called “genies,” evidently went mad due to a corruption called “RED.” Now they’re a severe threat to soldiers, but no match for the game’s Gordon Freeman-esque action scientist hero.

There’s more going on here than just evil floating volleyballs, though. The trailer begins and ends with narration that waxes poetic about humanity’s fruitless pursuit of immortality, and what new horrors we might encounter if we actually achieved it. The game’s page on Sony’s Chinese website says that “Evotinction aims to discuss the relationship between evolution and extinction.” Hence the name.

With its sci-fi costumes, remote hacking gameplay, emphasis on stealth, and evocation of heady philosophical themes, Evotinction is shaping up to be a cross between Watch Dogs and Death Stranding. The game doesn’t have a release date yet, but it’ll be coming to PlayStation 4.