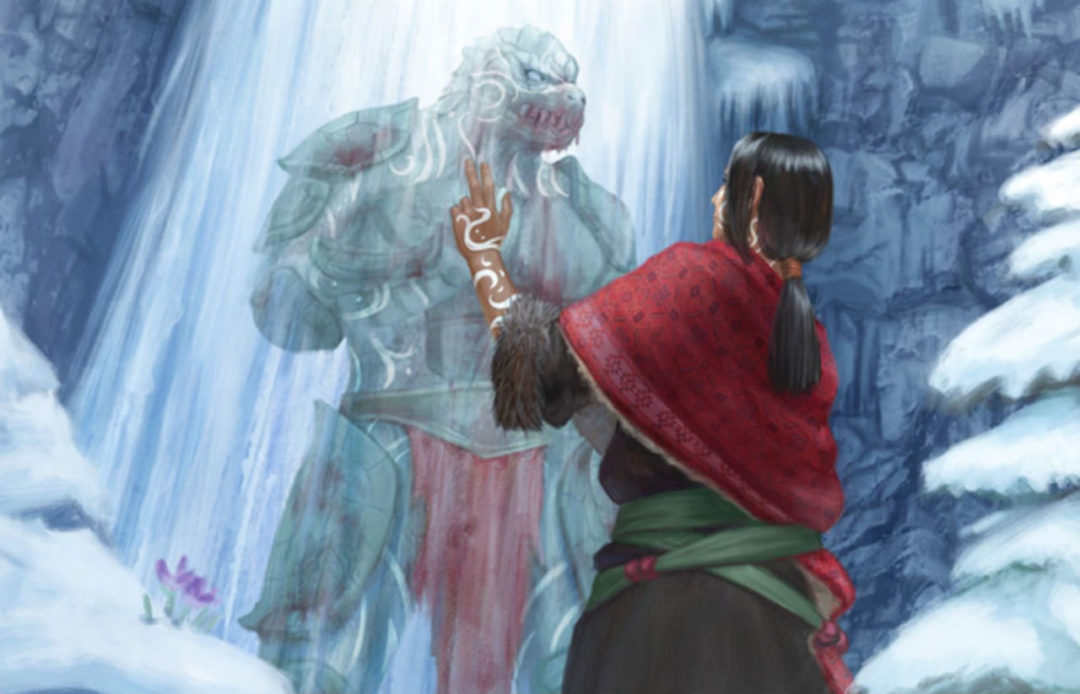 With tabletop roleplaying games, new editions — new versions that reboot or refine the game’s system and setting — seem inevitable. Whether you’re an industry powerhouse like Dungeons & Dragons or an indie darling like Avery Alder’s Monsterhearts, you eventually reach the point where beginning again is your best move as a creator. Making a fresh start, with the benefit of knowing the historical weaknesses in your rules or setting, is a chance to recapture the spark of the original game without the flaws of past editions.

Exalted is a pulp fantasy roleplaying game inspired by equal parts ancient mythology and anime. Players take on the roles of the Exalted, heroes empowered by the gods, in the the world of Creation, a realm of strange magic and sharp-edged sociopolitical realism. For Exalted’s Third Edition, we’ve brought Creation and the Exalted back to their origins while improving on them where we can.

I started playing Exalted in the middle of its Second Edition, having moved on from the gateway game Dungeons & Dragons. By late Second Edition, I’d come onboard as a freelance writer, having built a reputation posting homebrew mechanics on online fan forums and interacting with the game’s writers. I was part of the team that wrote Third Edition — which was equal parts exciting and daunting. While a new edition can open the way for improvement, it’s inevitably going to leave some fans disappointed, and Exalted’s fan base is famously passionate. Third Edition ended up with an incredibly successful launch, and I wound up joining Eric Minton as one of the line’s developers.

Sometimes the end result of a change in editions isn’t too far from the original. One example is the Dragon-Blooded, elemental warrior-heroes that lead the world-spanning colonial empire called the Realm. While Third Edition polishes and revises their presentation and totally revamps the rules for their divine superpowers, all three editions ultimately talk about them as the same thing.  For the shapechanging Lunar Exalted, who we’ve backed a deluxe hardback for, it’s not that easy. They’ve never had the benefit of a solid core concept that’s remained consistent between editions. Instead — perhaps appropriately for shapeshifters — they’ve been reimagined each time.

The original Lunars never actually made it to print. They were first conceived of exclusively as non-player characters, antagonistic Exalted allied with the soul-eating Fair Folk. When First Edition’s developer decided to make Lunars playable, he reconceptualized them as “savage barbarian” heroes in the model of Conan and other sword and sorcery fantasy. They were ferocious enemies of civilization, made stronger by living a harsh life.

This choice resulted in, to put it politely, issues. The concept of “barbarians” is a problem endemic to the fantasy genre. At best, barbarians are reductive “proud warrior” and “noble savage” tropes; at worst, barbarian is a heavily racialized term used to indicate cultures that the readers should think of as primitive, uncivilized, and degenerate, and people their characters can kill without having to feel bad about it. First Edition’s Lunars never addressed this issue head on, and never reconciled the consequences its use of the barbarism as savage fantasy trope had. Combined with a lackluster set of rules for the Lunars’ divine powers, First Edition left a lot of fans excited by the concept of shapeshifting demigods chosen by the moon goddess, but unhappy with the concept’s implementation.

Second Edition reworked the Lunars to avoid the issue. Instead of being barbarian demigods, they became the stewards of Creation, social engineers working from the shadows to manipulate society. But while the high concept changed, many of the details about barbarian Lunars from First Edition remained and there wasn’t any attempt to bring them in line with the new Lunar concept. While other types of Exalted had straightforward, easily grasped identities, the Lunars were a chimera of inconsistent ideas, pushing in too many different directions.

Making things worse, the concept of Lunars as a world-spanning cabal of social engineers fell flat for many fans. Second Edition took most of its setting direction from First Edition, which simply hadn’t been written with the assumption that the Lunars were masterminding society from behind the scenes. The end result was that the Lunars came across as not having any place or role in Exalted’s setting.

With Third Edition, we started from the ground up with a strong core concept of what Lunars were. No more barbarians, stewards, or social engineers. Third Edition’s Lunars are shapeshifting monster-heroes — warriors, tricksters, and witches who freely cross back and forth between boundaries. They aren’t necessarily evil or antagonistic, but they are scary, and their divine powers bear this out. They can stalk through their enemies’ nightmares, exhale swarms of stinging wasps, or tear societies apart by playing on cultural tensions and traditions. Drawing inspiration from figures like Loki, Baba Yaga, Cú Chulainn, and Anansi, they appeal to my inner mythology nerd. Their shapeshifting power and boundary-crossing also speaks to people who feel confined by cultural norms and stereotypes. Exalted has a large LGBTQ fanbase, and it’s no secret that Lunars are written with those players in mind.

We didn’t use the word “barbarian” when we wrote Third Edition Lunars, but we did take on the issue of civilization and barbarism. Instead of rehashing savage fantasy tropes, Lunars looks at who gets called barbarians, who gets to call them that, and why. The rallying cause of the Lunars, their place and role in Third Edition’s setting, is opposition to the Realm and the imperialistic subjugation of countless peoples it uses to sustain the prosperity of its Dragon-Blooded elite. For the oldest Lunars, this is a vendetta waged over ancient betrayals. Young Lunars, the ones most likely to be player characters, have mostly been born into a land subjugated by the Realm. While that’s been true across all three editions, it’s only in Third Edition that we’ve seized on this and made the Realm’s colonialism the focal point for the Lunar cause.

Like the Roman, Chinese, and British empires, the Realm has the political, economic, cultural, and military power to enforce its judgments of what is or isn’t “barbaric” throughout much of the world. These cultures aren’t primitive, or lesser, or uncivilized — they’re civilizations that the dominant empire fails to recognize as civilizations.

(I want to pause here and give a shout out to James Mendez Hodes, who really helped in working this all out. He’s written some great stuff on race and racism in fantasy and RPGs.)

Lunars get to be the champions of these cultures, waging an anti-imperialist and anti-colonialist war against the Realm’s hegemony. They challenge the Realm’s definitions of civilization, embodying the monster and the Other, the fangs at the gate of its power.

I’m thrilled with what the Lunars have become. Ever since First Edition revealed the Lunars, there’s been something about the shapeshifting demigods of the moon that’s made players fall in love with them, despite all the flaws in their implementation. With the fresh start of Third Edition, we got a chance to move past everything about them that doesn’t work, and create something that lives up to players’ high expectations. What the Lunars have become isn’t something they’ve ever been before, but it fits them just right.