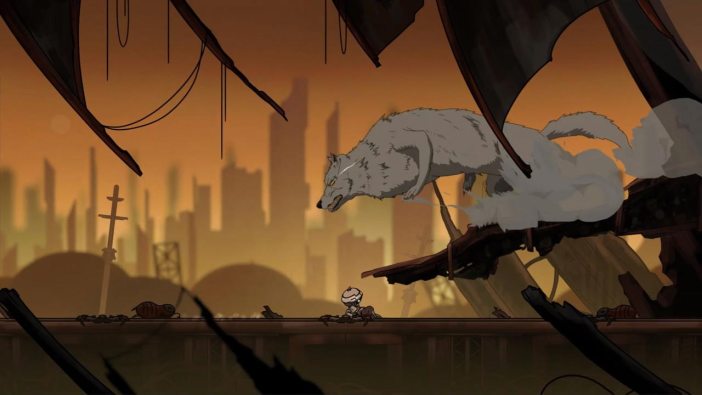 Exil is an anime-inspired Metroidvania set in a post-apocalyptic world with music composed by Kenichiro Suehiro (Fire Force, Re:Zero), and developer Mystic Clockwork Studio just posted a teaser trailer for its Kickstarter. Outside of its animated art style, Exil’s first draw is its similarity to Team Cherry’s Hollow Knight, which the studio says was indeed an inspiration during development. Although the bleak backgrounds, blues, and grays will certainly remind some of Hollow Knight, the influence can be seen in the gameplay too, which already looks to be challenging.

Speaking of challenge, Mystic Clockwork Studio says that Studio MDHR’s nostalgic platformer Cuphead also inspired development. In other words, expect Exil to give you a rough time when the game eventually launches. Today’s short trailer is only a teaser, however, as the Exil Kickstarter isn’t live yet. As such, platforms and release date plans have not been announced. Until the Kickstarter goes live, you can check out the Exil trailer below.

Heading over to the Exil website reveals more about its features, mechanics, and world, but the most interesting detail is that Mystic Clockwork Studio is actually just one person: Napat Saeung. Saeung is Exil’s only developer, with the website explaining that he specializes in digital art and programming. His work speaks for itself in what we’ve seen already, and the website says that there is much more to uncover in the game, including dungeons, complex cities, and different biomes brought to life with hand-painted visuals.

As for combat, Exil should have exactly what action platformer fans are looking for: “The tight and fluid controls are easy to learn, but hard to master. Switch through an arsenal of ability loadouts that are unlocked as you discover the unknown and fight overwhelming hordes of enemies and formidable bosses.”

Add in its challenging gameplay, unique world, and Suehiro’s tunes, and this already sounds like a project to keep an eye on. Stay tuned for more updates on Exil as we wait for its Kickstarter page to launch.