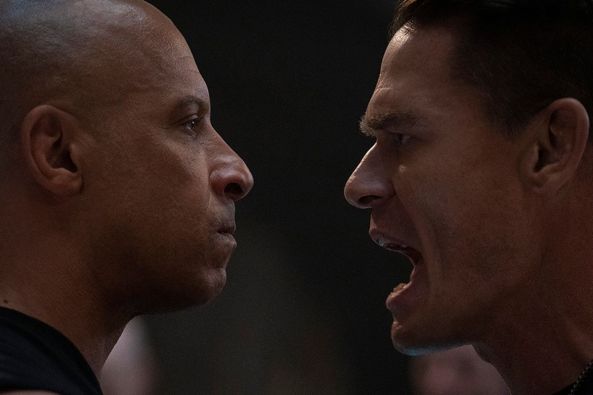 Ready for a quick crash course (pun intended) on how magnets 100% actually work? The second (more like fifth thanks to delays) trailer for F9, or Fast and Furious 9, has you covered as the family installs massive electromagnets in their cars to take the ridiculous action up another level. Just when you think director Justin Lin can’t find a new gear to make this franchise even more ridiculous.

The new film sees almost everyone who has been in a Fast and Furious movie return, including some folks we thought were definitely dead. Cipher (Charlize Theron) returns as the film’s villain, but this time she’s brought along Dom’s (Vin Diesel) brother, played by John Cena. The pair have plenty of bad blood, and it looks like via this F9 trailer that bad blood will culminate in a bunch of car chases, shootouts, flying cars, electromagnets, kung fu fights, and, of course, really serious discussions about family. It’s everything you could possibly want from a Fast and Furious movie.

F9 has seen multiple delays since its original scheduled release date last year. After giving the film nearly a year delay — a move that seemed drastic at the time but turned out wise — Universal pushed the release back again as theaters still hadn’t opened up. It seems now, however, that the studio is locked in on the June 25 date, especially thanks to Godzilla vs. Kong‘s relatively fantastic box office in both the U.S. and globally. Then again, studios have been bumping their releases around a bit, so we could see another release date change at some point.