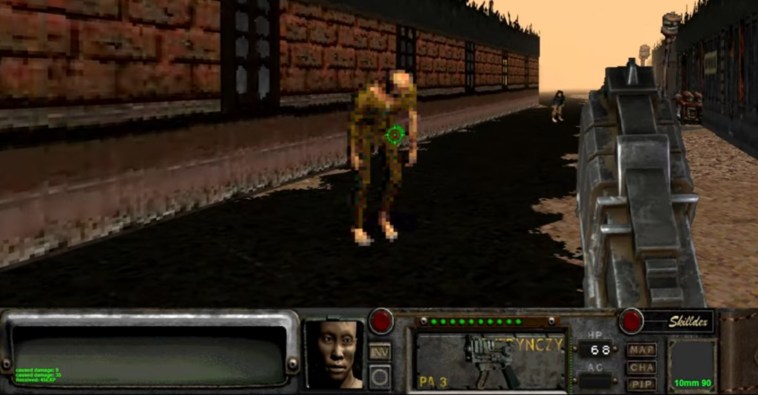 Fallout 2, the classic post-apocalyptic RPG released by Black Isle in 1998, has gotten a fan remake from developer Jonasz Osmenda as an FPS game, and you can play an early-access version of the experience now.

The Fallout series is all about surviving in a world changed by the aftermath of a long-distant nuclear war. Your efforts to carve out a space in the new, dangerous world will be challenged by wildlife that has been altered by radiation and raiders from different factions that took advantage of an opportunity to embrace lawlessness. You’ll have to fend them off using Fallout‘s hit point combat system to survive and thrive in a landscape full of threats, and this fresh take on Fallout 2 will give you a new way to do it.

You can check out some recent gameplay below, and make sure to turn on subtitles if you want to understand the commentary.

An FPS Version of Fallout 2

You’ll fight some two-dimensional enemies in the new 3D world due to the inclusion of many of the original game’s assets, which must have been a challenge for Osmenda to implement. The FPS version of Fallout 2 will certainly have an old-school Doom-like feel to it and might take some adjustment for players who are used to the feel of modern FPS games, but dedicated Fallout fans should love having a new way to experience a familiar game while waiting for news on what the next Fallout game from Bethesda will bring. (There is also the Amazon TV series coming.)

If you want to play Osmenda’s FPS version of Fallout 2, you can find the game here. The developer has stated that he is seeking feedback and will be continuing to improve the experience with updates in the future.