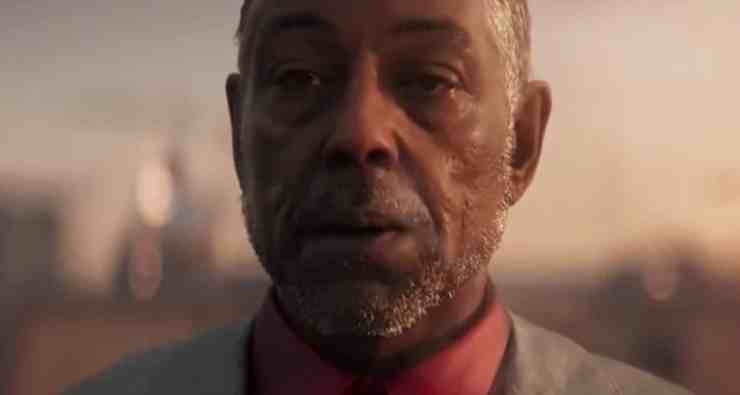 The French version of the debut cinematic trailer for Far Cry 6 has leaked, showing us a new open world on the brink of revolution. The footage was uploaded on Streamable (before being removed) and follows a leak from yesterday that confirmed the presence of Breaking Bad / Better Call Saul actor Giancarlo Esposito as the game’s villain.

Another fan was able to capture and re-upload the cinematic footage before the original leak was taken down. The publisher’s Ubisoft Forward event is scheduled to take place tomorrow, so it should come as no surprise to see video leaks being swiftly pulled down.

Many of the details touched on in the trailer were already hinted at in yesterday’s leak, such as Far Cry 6 focusing on a dictator (Esposito) and his son amidst a revolution. Other information from yesterday’s leak states that players will take the role of Dani Rojas when Far Cry 6 launches Feb. 18, 2021. Additionally, Ubisoft promises “the largest Far Cry playground to date across jungles, beaches, and Esperanza, the capital city of Yara.”

The leak from yesterday also points to next-gen plans, with those that purchase the PlayStation 4 version able to download the PlayStation 5 version for free. With this in mind, it is likely that a next-gen upgrade will work for Xbox One owners via Smart Delivery on Xbox Series X too.