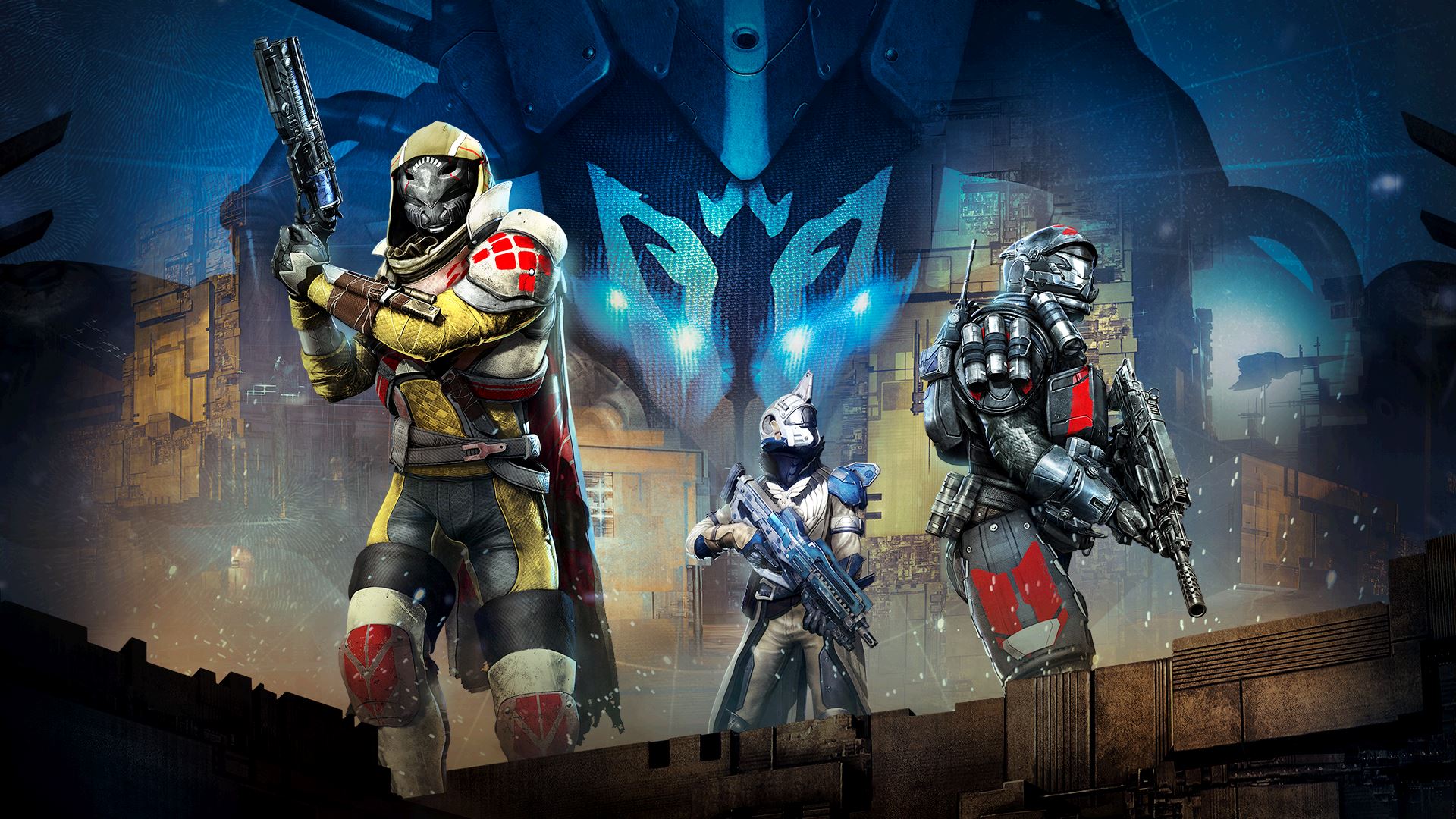 House of Wolves is finally here. Along with a new social area and story missions, your Guardians can hunt down nine brand new dead ghost collectibles to expand the Grimoire index. Find Dinklebot’s broken friends with this locations guide.

The second major Destiny add-on aims its futuristic sights on The Fallen, the alien army Guardians first face off against in the bombed remains of Old Russia. The Reef is even more important, with a brand new social area to explore complete with extra dead Ghosts. Don’t miss out on these shiny collectibles, learn where to grab them all with some of the tips below.

Just as you spawn onto the round platform, look beneath the bridge ahead. On the right side, there are hanging metal girders from ropes. Jump down onto the beam and look for the glowing light at the far end.

Travel to the left-most guard rails from the spawn point. There’s a low tent awning your guardian can jump onto. The ghost is located on the hanging tarp.

From the spawn, cross the bridge ahead and turn right. There’s a net hanging above the corner, opposite the second dead ghost location. To get here, back up to a ledge leading to pipes you can hop up onto. Run along the pipes to reach the ghost.

Enter the mission and run past the gauntlet of red-laser mines until you reach the massive cosmodrome entrance filled with rusted cars. As you take the stairs down and are faced with the ancient traffic jam, turn left and look up at the broken glass windows above the road. Triple jump up to the metal ledge and look through the glass in the back corner.

Once you enter the building called “The King’s Watch” traverse the lower floor and look above for blue signs with Russian text. One of these signs is right below a blown-out concrete wall. Jump through the hole and turn right to spot the next ghost.

Continue into the room guarded by Majors where there’s an orb-like computer display in the center. This is at the end of the story mission. Use the back-right pillar then jump up to the circular metal structure above the orb computer. The dead ghost is high above the back-end of the computer, and it’s possible to grab while jumping across from the pillar.

After taking the elevator of light up to the platforming section with disappearing section, turn around and jump to the narrow metal wall directly behind the plasma lift. Jump onto the roof and look in the right corner to find this ghost hidden behind some antennae protrusions.

While crossing the disappearing and reappearing platforms, stick to the left and you’ll jump onto a large square metal section with multiple levels. Cross the taller level and look in an alcove in the back left you might not normally explore.

On the main snaking section to the right, diagonally across from the previous ghost, use the taller pillars to the right of the ramp to reach a higher section with the final dead ghost along the right ledge of the structure.