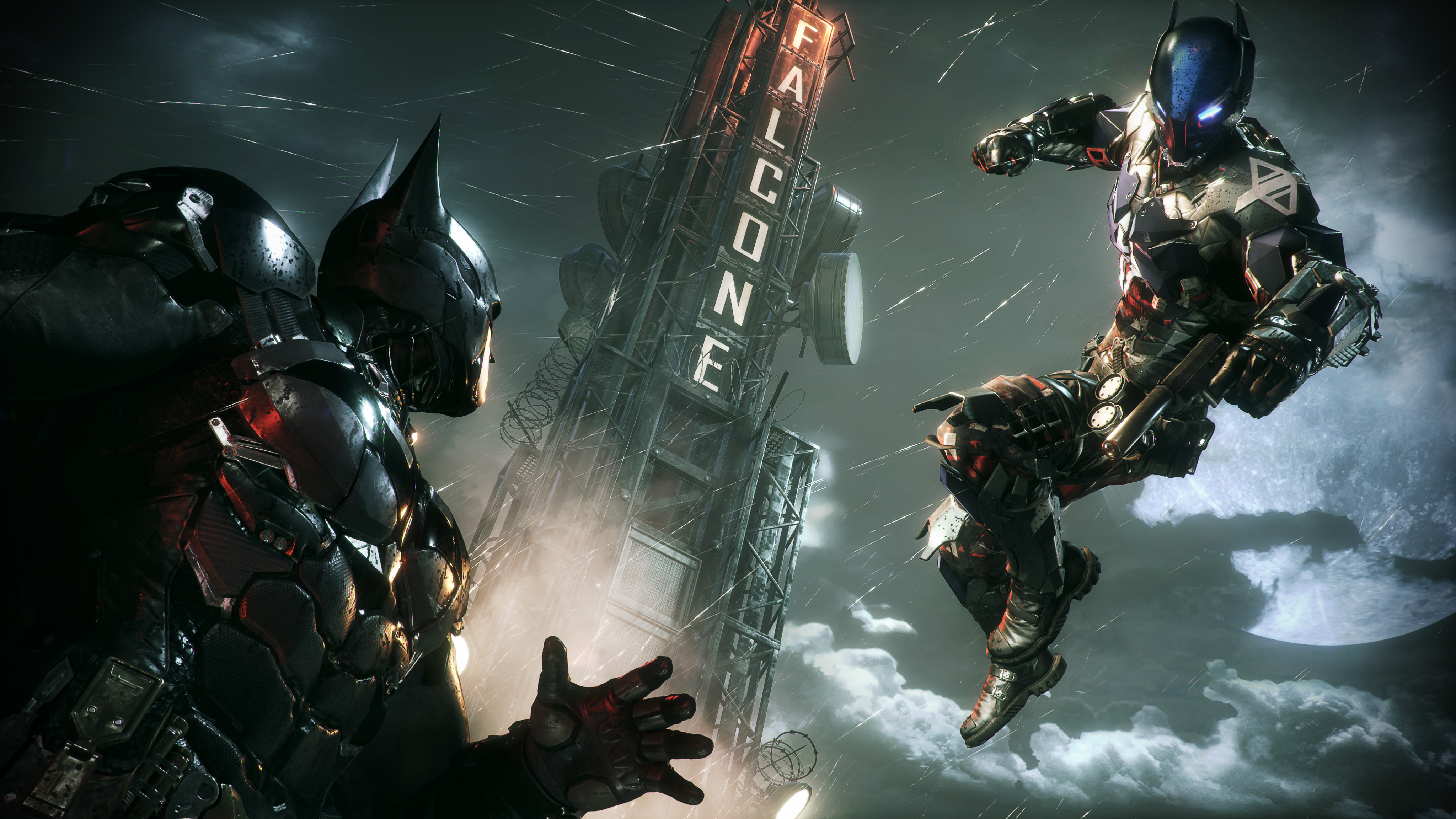 Arkham Knight keeps rolling out additional virtual training maps, and this latest DLC focuses on the series’ past. Like we mentioned before, there’s Wayne Manor and the Batcave, but Rocksteady digs deep to draw out areas based on Arkham Asylum and Arkham City. Right now, our focus is solely on the locations that Batman calls home. There are strange clues in one Easter egg, while the other gives the Bat-crew a pretty good way to scare off thugs. Check out the locations, and accompanying gallery, in the full Easter egg guide below.

The first Easter egg is located in the Wayne Manor Silent Predator map. To get a good look at this mysterious secret, you’ll want to mostly clear the area of enemies.

If you’re not really into that, just check out the gallery. We’ve got a few close-ups that can fuel further speculation — what does it all mean? Does it mean anything at all?

To find the secret room, travel into the two-story side-room with a piano and fireplace. This little room should look pretty familiar to fans of Batman: The Animated Series.

Step up to the piano and a prompt will appear — interact to reveal a secret evidence wall. There are references to the Penguin, bodies in the morgue, a key left behind, and a cell door from Arkham Asylum. Is this all a reference to the Joker’s escape in the Batman: Arkham Asylum, or does this point to the future of the franchise?

Wayne Manor has another interesting secret in this room. To the left of the fireplace, interact with the shelves to reveal a hidden passage. This hallway makes it that much easier to escape from armed thugs.

The second Easter egg is a little harder to miss. This one is found in the Batcave Silent Predator map. In the back-left from the starting waterfall, you’ll get a nice glimpse of the massive animatronic dinosaur.

That famous Batman fixture comes alive with the press of a button. Use Detective Vision to scout the ledges around the T-Rex for a button. Press it and any nearby bad guys will freak out as it roars.

So, why is a giant animatronic T-Rex on display in the Batcave? It’s an enduring reference dating back to Issue 35# of Batman, published in 1946. In that story, Batman was invited to “Dinosaur Island,” an automated amusement park filled with robotic dino replicas. The owner of the park takes control of a giant thunder lizard and, needless to say, Batman manages to outwit the evil pre-Jurassic Park villain. The Dynamic Duo took the animatronic T-Rex and placed it in the Batcave.