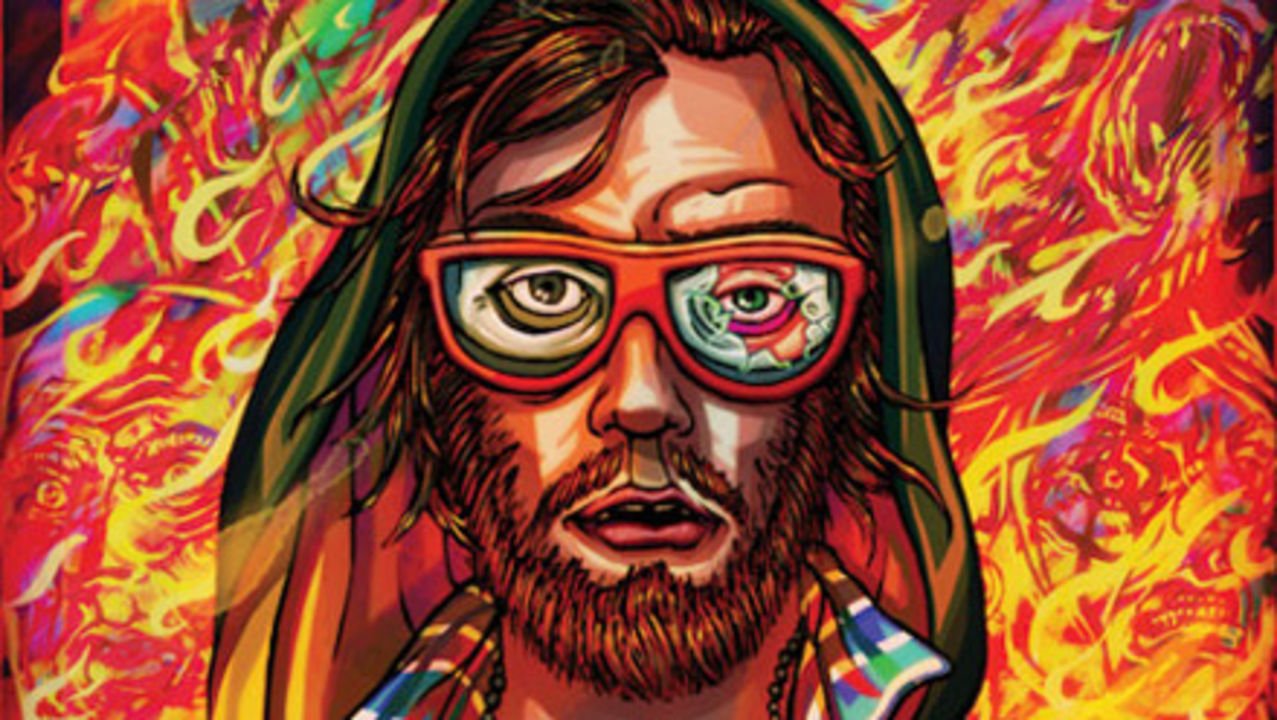 There are three hidden trophies players can get in Hotline Miami 2, and each one covers something secret — a returning playable character, an Easter egg, and an additional scene to unlock. The bonus scene is the biggest of the three, providing more context to the story as the writer stumbles upon a very dangerous meeting place.

See how to earn the “Nuclear Waste”, “Stare into the Abyss” and “The Bar of Broken Heroes” trophies with the guide below.

In a nod to another ridiculously hard shooter from Devolver Digital, this trophy is referencing the top-down action-shooter rogue-like Nuclear Throne.

To unlock the trophy, play Act 1: Scene 2 – Homicide. During the combat sequence, there are five standing signs the detective needs to knock down.

1. The first sign is on the ground floor. Look just to the right of the second black checkout counter with the conveyor. This sign is diagonal with a white / orange top.
2. Travel up from the “Super Fun” logo in the electronics isle to find a diagonal sign. This one has a purple gradient.
3. The last sign on the ground floor is just below the elevator, between the two soccer ball containers.
4. Move south from the elevator on the second floor and look inside the trash room. The sign here blue and purple, sitting next to a pile of black trash bags.
5. The final sign is in the top-right corner of the second floor.

What’re on these signs? It’s hard to tell, but they’re all Nuclear Throne characters! Once you shoot them, they fall down and reveal who they are — even if they’re partially destroyed.

1. Complete the third floor of the scene without dying once. If you die on the last floor, you’ll need to exit and restart the scene.
2. Return to the car. A man is waiting outside the building. Speak with him then enter your car.
3. Following the score screen, you’ll reappear at a desk. After the dialogue completes, press [X] to quickly collect a floppy disk. Grab it before the blonde man returns.
4. Next, you’ll gain control of the writer. Take the disk off the table with [X] and the trophy will unlock.

Now you can access an extra Scene at the end of the stage select menu called THE ABYSS. This creepy stage sends the writer to a 50 Blessings meeting place at night.

Meet up with the Biker from the first game by answering a very specific phone call.

Load Act 4: Scene 13 – Subway and play through the intro. This trophy is unlocked after the combat sequence, but requires you to interact with something in the intro.

At the bar, you’ll find a familiar face. The Biker, a playable character from Hotline Miami returns in this cool little Easter egg area.