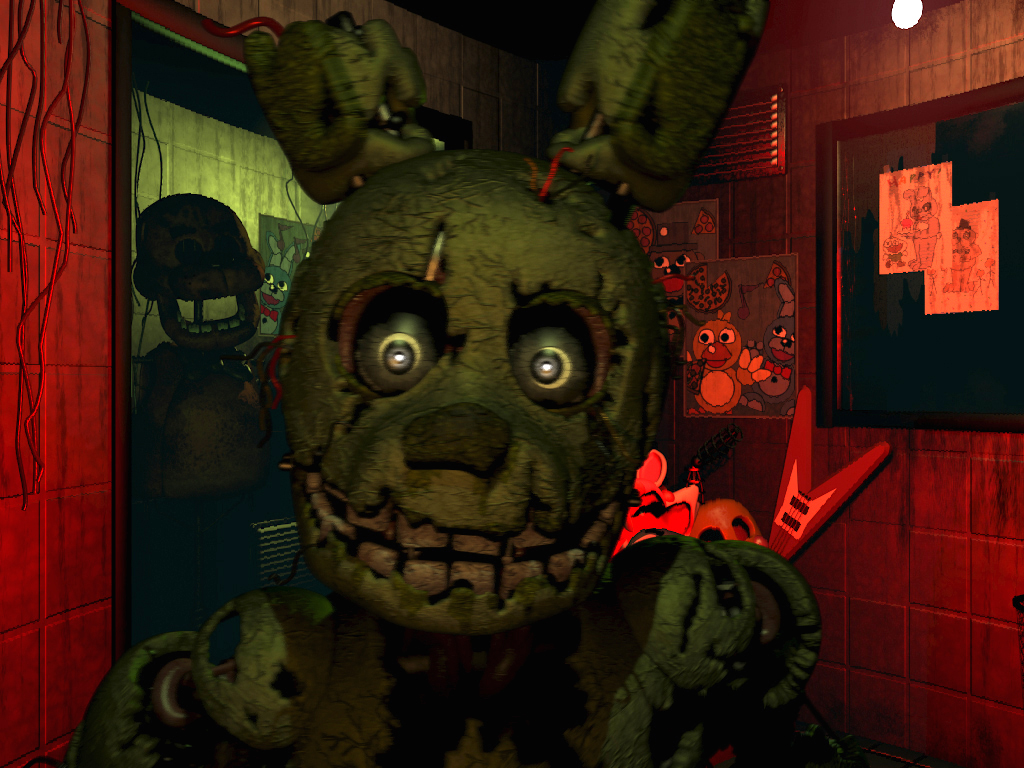 Five Nights at Freddy’s 3 is packed with hidden Easter eggs and we’re going to explain how to find them.

Watching over a group of deranged, killer animatronic animals in a rundown entertainment center isn’t exactly a dream job, but that doesn’t keep the series’ rapid fan base down. Under the watchful eye of theorycrafters, speculators and straight-up horror lovers, FNAF3 is being dissected for all it’s secrets.

There’s plenty to discover. Hidden mini-games abound, staring characters from the past and present as they explore disconcerting arcade worlds. Not only that, but a frightening animatronic makes a surprise return. See how to enter some of these Easter eggs with the list below.

Every Easter Egg We Know (So Far)

What do these Easter eggs mean? We don’t exactly know yet. Freddy’s lore runs deep, so let us know if you have any theories.

Completing all five nights, normally, leads to a frightening bad ending. Following a secret series of challenges, it’s possible to unlock a happier ending at the end of your work week. 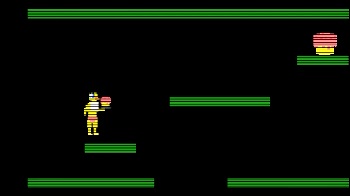 Available on Night 3, it’s possible to transport into a strange video game where you control the Chica animatronic. The goal in this game is to collect every cupcake.

To enter this Easter egg you’ll need to find cupcakes, visible through the camera feeds. There are cupcakes on Cam 06, Cam 02, Cam 03, and Cam 04. Click each secret cupcake to collect it.

Inside the ‘Chica’s Party’ game, collect cupcakes and deliver them to sad children at the end of the path. They’re depressed until Chica delivers cake and makes them happy — don’t miss the extra two children down the hole on the second screen. That’s not a bottomless pit.

Feed four cakes to four children and an exit door will appear. The night will restart, so be prepared to experience more jump-scares if you choose to enter this little game. 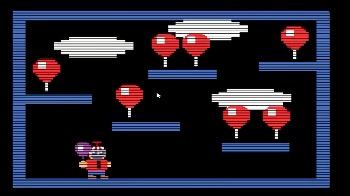 There’s another strange video-game dedicated to the creepy balloon boy in FNAF2. To start up the Air Adventure, go to Cam 08 and look at the posters on the left. Double-click BB’s face on his flyer to transport into his mini-game.

This one is even simpler than the first. Collect all the balloons to make the exit appear. Nothing terrifying goes on here, even if it is totally creepy. After completing the ‘challenge’ and taking the exit, the night will restart.

Speaking of, it’s possible to enter a mini-game with Mangle. In this bizarre adventure, Mangle collects his lost body parts while avoiding a crying guard.

This can only be activated on Night 2. Open up the feed on Cam 07 and look for an arcade machine with four buttons in the center of the screen. To turn it on, press the buttons in this order; upper left, lower left, upper right, lower right.

Mangle starts with his head. After collecting each part, it’s added onto his sprite, making Mangle more complete as you go. Getting caught kicks you out of the game and restarts the night, so don’t let the guard touch you. 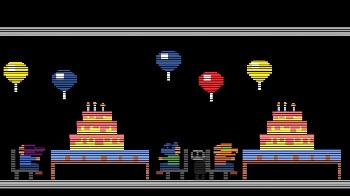 More FNAF2 menaces make a cameo — that’s right, the perennially terrifying Marionette is back with his own video game. Like BB, you’ll need to find a very specific poster and click to activate it.

Start up a new game and check out the Cam 03 feed. The hallway is so dark it can be hard to see, but on the right side of the screen there are two posters. Double-click the left of the two posters and you’ll enter the “Happiest Day” game.

The dark Marionette appears in a birthday party where all the children are wearing animal masks. Unlike the other games, the exit is available right from the start. If you want to explore, move right and see what’s going on.

All the children in masks look happy, but there’s one child at the end of the path that’s crying. There’s nothing you can do with him — this is an exploration Easter egg, so when you’ve got your fill of the super-creepy music, it’s time to leave through the exit at the start. 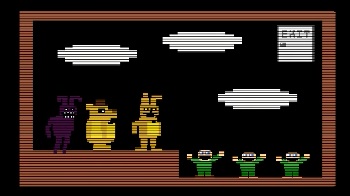 For an especially creepy mini-game, start up Night 5 and click the bunny figurine on your office desk. You’ll appear on stage with two other grossly depicted animatronics while children cheer below.

Moving around causes the purple bunny sprite to glitch-out wildly. The exit is in the top-right corner, but it’s easy to reach with your infinite jumps.

Waiting in the clouds might transport the monstrous bunny into BB’s Balloon Adventure. After returning, try waiting in the left-corner where the children are cheering to teleport into a mangled version of the stage with the crying child in the lower-left part of the screen — the same crying child from Marionette’s Happiest Day.

It’s possible to enter all the other weird mini-games from this room if you wait around, including Chica’s Party and Mangle’s Quest.