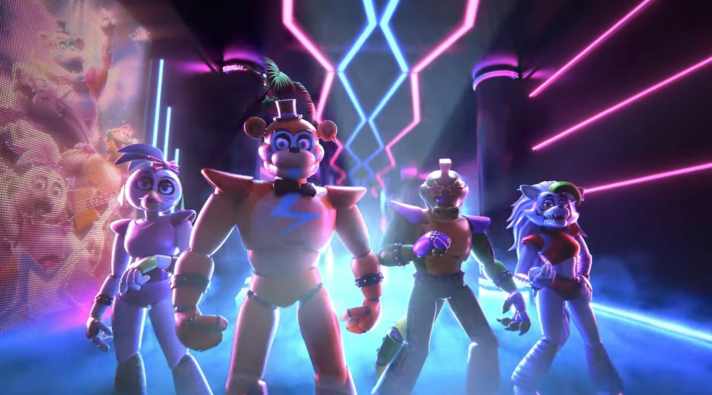 Developer Steel Wool Studios and Scott Cawthon’s Five Nights at Freddy’s: Security Breach has reappeared with a State of Play trailer, bringing more gameplay and a PC, PlayStation 4, and PlayStation 5 release date of December 16, 2021. The two-minute release date trailer puts the spotlight on Freddy Fazbear and his group of animatronic monsters, as well as the inner workings of the Mega Pizzaplex where the game is set. It looks like players who know the Mega Pizzaplex well will be able to use it to their advantage, too, as the footage shows different ways to distract and outrun different enemies. See your latest look at Five Nights at Freddy’s: Security Breach in the release date trailer below.

Steel Wool executive producer Ray McCaffrey shared more details on the PlayStation.Blog. In Five Nights at Freddy’s: Security Breach, players control a little boy named Gregory who finds himself trapped in the indoor amusement park overnight. Strategy will play an important role this time around, as you’ll need to watch out for S.T.A.F.F. bots that can sound the alarm if they detect you.

“The Pizzaplex is vast, and while that means more S.T.A.F.F bots required for upkeep, it also means there’s no shortage of hiding spots to pop into for a speedy evasion,” McCaffrey said. “It also means a ton of security cameras that you can access on your Fazwatch, allowing you to plan your path. You can also knock over different objects like paint cans and toys to draw the enemy’s attention – you will have to slip away before they get to your location, though, so make sure the distraction is worth the risk.”

Gregory also has access to the Faz Cam and Fazblaster weapons that can stun animatronics like Roxy, Chica, and Monty, though they both come with their own hindrances. Five Nights at Freddy’s: Security Breach’s Faz Cam is an immediate and reliable stun gun, though it requires a recharge after a certain number of uses. The Fazblaster, on the other hand, has unlimited ammo but is only effective when landing a direct headshot.

The animatronics will evolve as the night progresses as well. Though it’s unclear how exactly Roxy, Chica, and Monty will change throughout your stay, it sounds like adapting to their changing behavior will be required for survival. However, Freddy Fazbear himself is changing things up in Security Breach, acting as Gregory’s ally and friend. He’ll provide tips and guides throughout the night at the Mega Pizzaplex, serving as a protector of sorts. You will be able to experience the danger firsthand in just a couple more months now that the release date for Five Nights at Freddy’s: Security Breach is finally set.