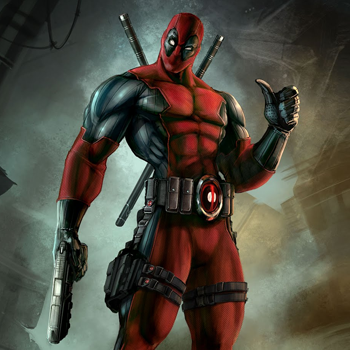 Fans have been clamoring for a movie based on the cult-fave Marvel antihero Deadpool for about as long as the character has existed. And while a version of him appeared in X-Men Origins: Wolverine as the setup for a potential feature starring Ryan Reynolds; the actual film has failed to materialize.

But within the last hour, Twentieth Century Fox confirmed – as part of a broader reshuffling of release dates for some of its major future properties – that they’re now targeting a February 12, 2016 release date for a Deadpool movie. At this time, no information regarding casting, story or filmmakers for the prospective film has been made available; though Reynolds is still believed to be involved. Tim Miller is set to direct.

Created in 1993 by Rob Liefeld as a villain for the New Mutants, Deadpool is a disfigured, mentally-unstable mercenary with superhuman reflexes and accelerated-healing powers similar to Wolverine’s. Initially noted mainly for similarities to DC’s Teen Titans villain Deathstroke, Deadpool exploded in popularity when subsequent writers reimagined him as a darkly-comedic character who was aware of being a fictional inhabitant of a comic book and used that knowledge to his advantage. Earlier this year, a CGI “proof of concept” video was created to showcase how this personality might work on film, caused a stir. When it was leaked online.