1984’s sci-fi smash The Terminator proved that big things come in small packages. It turned James Cameron, a sometime apprentice to low-budget king Roger Corman, into a filmmaking force to be reckoned with, and Arnold Schwarzenegger, a former Mr. Olympia, into a bona fide star despite saddling him with only 58 words to speak.

Its sequel, Terminator 2: Judgment Day, was released in 1991 amid fevered anticipation and was an instant blockbuster. Thanks to a clever twist that turned Arnie’s T-800 into a good guy, T2 proved that summer sequels need not suck all the time. With a worldwide gross of $519 million, it remains his biggest hit.

After that, the “pahty” was pretty much over. Cameron left the franchise to sink ocean liners and play with avatars, but the franchise refused to die. With rights issues up for grabs (the first film was independently financed so it was not owned by a single studio), producers of all kinds attempted keep the cyborg from becoming “obsolete.” But the results proved to be a cautionary tale on just how not to handle a lucrative franchise full of potential.

With the fifth film in the series, Terminator Genisys, now playing in theaters, let’s take a look at just what happened to this beloved franchise… 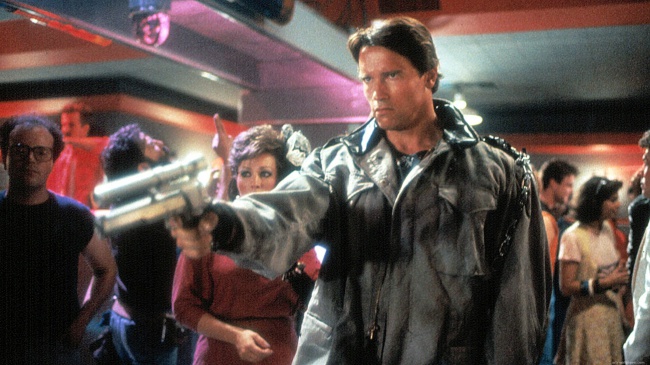 One thing is clear in all this: Cameron is a tough act to follow. Yet the biggest problem with the Terminator franchise will always be that it lacked attracting the type of filmmakers that could’ve nurtured and elevated the franchise to great heights.

Jonathan Mostow, the director behind 2003’s Terminator 3: Rise of the Machines, faired best. His previous films, 1997’s Hitchockian Breakdown and 2000’s WWII submarine thriller U-571, proved he had a strong sense of pacing and a great handle on suspense. Thanks to him, the film moves at a breakneck pace and includes a stunning chase sequence midway through, easily the best set piece of the post-Cameron films. However, Mostow, at best, is a skilled hired hand and T3 lacks the grand ideas evident in the first two films, often playing like a B-movie version of T2.

Even with Arnold retiring his cyborg stripes to become the “Governator” of California in a historic recall that same year, the franchise refused to end. 2009’s Arnie-less (save for a CGI-enhanced cameo) Terminator: Salvation focused on John Connor’s attempts to destroy Skynet in a post-Judgement Day world. The director this time was McG (his name is McG!!!), whose credits directing a pair of Charlie’s Angels movies shouldn’t qualify him to helm a Terminator flick. Once you get past a pretty awful first act, Salvation settles into an okay post-apocalyptic adventure but falls short of its aspirations and will forever be known as that film where Christian Bale (cast as Connor) had his on-set meltdown leaked to the press. (Bale later admitted that McG wasn’t up to the challenge and that he “won’t be working with him again, but I wish him very well. OK?”)

The producers of Genisys tapped Alan Taylor to take the helm. Taylor came from television, having directed several episodes of Game of Thrones. But his feature film directing debut was Thor: The Dark World, the second weakest film in the Marvel canon. Taylor takes a straightforward approach to action, never really peppering the fight scenes and chases with anything special. That lack of oomph sinks Genisys during its big set pieces.

The producers should’ve taken nothing less than young, hungry talent from the independent film world for the director’s chair. Look what it did to the Jurassic Park franchise when Safety Not Guaranteed‘s Colin Tevorrrow was hired to helm Jurassic World. Imagine what Duncan Jones (Moon), Shane Carruth (Primer), or Rian Johnson (Looper) could’ve done with this series. 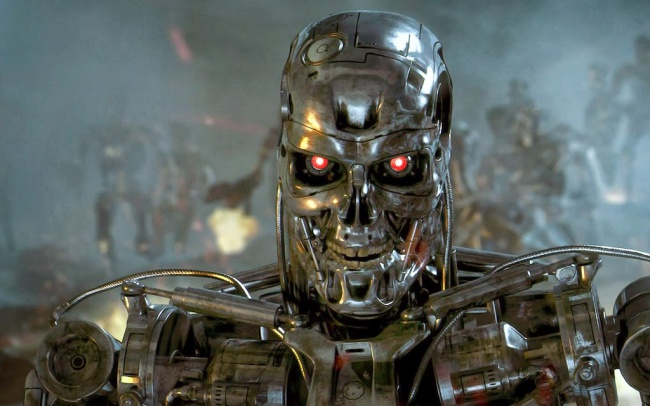 After T2, written by Cameron and William Wisher, the franchise went from a singular vision to a more by committee approach that eschewed challenging ideas for a lower common denominator approach emphasizing action and spectacle.

This was most apparent with the aptly titled Salvation. Early posters and advertising material gave writing credits to the team of John Brancato and Michael Ferris (who got credit for T3 after rewriting a much-maligned draft by Tank Girl‘s Ted Sarafian), as well as Oscar-winner Paul Haggis and a pair of television showrunners: The Shield‘s Shawn Ryan and CSI‘s Anthony E. Zuiker. Jonathan Nolan (Interstellar) also contributed parts of the script but was never credited.

For Genisys, Laeta Kalogridis (Alexander, Pathfinder) and Patrick Lussier (who worked as Wes Craven’s editor before segueing into directing and writing), taking a page from J.J. Abrams’ Star Trek, scripted a reboot that pretty much does nothing right. From the silly spelling of its title to the eye-rolling, “jump the shark” moment involving the T-800 in the climax, Genisys often plays like really bad fan fiction. The Terminator franchise has never been about time travel per se – it was always a plot device to get the good and bad guys to the past – but here they double down on it with jumbled, confusing results. This approach is similar to what sunk Ridley Scott’s Alien prequel, Prometheus, which basically based an entire movie on the origins of the mysterious space jockey from that 1979 classic.

The film’s first act that finds new ways to present the action of the earlier films (much like in the climax of Back to the Future Part II), including a fight at Griffith Observatory between the Guardian T-800 (whom Sarah annoyingly calls “Pops”) and the newly arrived one from The Terminator that’s neat… for about three seconds. There’s the problem: Kalogridis and Lussier want us to feel connected to those films but instead of forwarding the mythological aspects, the Genisys storytellers find themselves stuck in the past.

Perhaps the one person who could’ve done justice to a Terminator reboot would be Alex Garland, who wrote the script to Danny Boyle’s Sunshine and gave the Judge Dredd property a nice shot of adrenaline with his script to Dredd. Garland is also responsible for one of this year’s best films, Ex Machina, which deals with – wait for it – the relationship between humans and A.I. 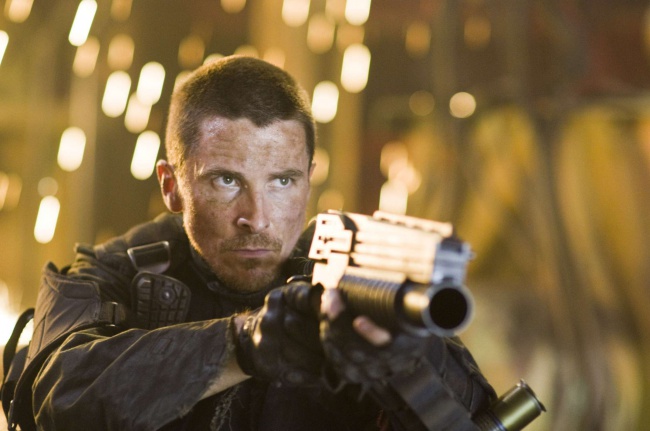 A REVOLVING DOOR OF PRODUCERS

Because the Terminator rights have always been up for grabs, the films following T2 have no real flow even though T3 and Salvation are meant to be true sequels.

After C2 Pictures, the resurrected label run by T2 producers Andrew G. Vajna and Mario Kassar of Carolco, lost franchise rights after T3, it was picked up by the Halcyon Company, which scrapped all previous plans stemming from that film involving Mostow and actors Nick Stahl (John Connor) and Claire Danes (Connor’s future wife, Kate Brewster), starting from scratch. The characters were all recast and the franchise jumped forward in time where we meet everyone as they are fighting for the resistance.

Salvation underwhelmed at the box-office and a planned trilogy was scrapped. In a surprising twist, the rights were up for grabs again and were nabbed this time by Megan Ellison’s Annapurna Pictures and the wheels for the reboot began to spin.

The musical chairs involving a coterie of different producers explains why John Connor has now been played by five different actors. While Schwarzenegger has been the one constant in all these films (yes, even Salvation), the decision to recast all the other parts (especially for Genisys) and essentially start from scratch proves to be a failed experiment. Emilia Clarke, Jai Courtney, and Jason Clarke are all solid actors but never once do we buy them as Sarah Connor, Kyle Reese, and John Connor, respectively.

It’s hard to say if the Terminator films have a future beyond Genisys. Soft box-office and, worse, fan apathy state no. Schwarzenegger’s involvement in any future film is also up in the air. Like the perfect ambassador, he’s literally the face of the Terminator films. Perhaps it is time to say “Hasta la vista, baby” to the franchise and cherish the one-two punch of The Terminator and Terminator 2: Judgement Day. After all, reboot or no reboot, those movies are here to stay.