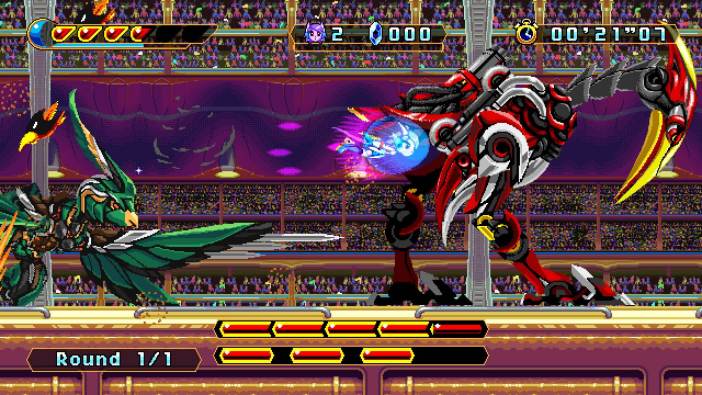 GalaxyTrail announced action platformer Freedom Planet 2 back on Christmas 2015, and now it finally has a release date. Freedom Planet 2 will launch on September 13, 2022 on PC, as well as other unspecified platforms. The game was previously planned to launch in spring 2022, but GalaxyTrail decided to delay the release slightly in order to release the game on more platforms simultaneously. The release date of Freedom Planet 2 was also pushed back in order to accommodate a hand injury that lead developer Sabrina DiDuro suffered just last week.

We are pleased to announce that Freedom Planet 2 has a release date at last! The game will be officially releasing on Tuesday, September 13th this year.

More information below on why this date was chosen. pic.twitter.com/7WreQ0ytLa

However, Freedom Planet 2 intends to establish a more distinct identity for the franchise, with higher-resolution graphics and evolved gameplay. Lilac, Carol, Milla, and Neera return from the original game, now all as playable characters with distinct styles. The game will apparently have a surprising amount of story for a platformer, but there will be an option to cut out cinematics altogether if you don’t care about any of that. For an idea of what to expect, you can watch the game’s most recent trailer from last September below.

While Freedom Planet 2 is only formally announced for PC, GalaxyTrail did announce an intention back in 2015 to put the game on a Nintendo platform. So, it seems pretty likely that the September release date for Freedom Planet 2 will at least include Nintendo Switch, in addition to PC.