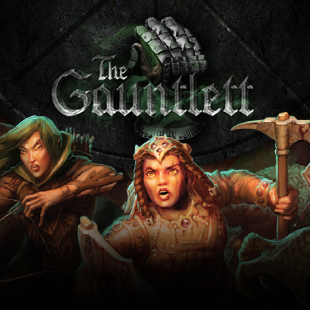 Musician and tabletop RPG composer James Semple is one of the many whose imagination was snared by George Lucas very early on. Way back in 1977, when he was an eight year old kid, he sat in the cinema, enraptured. But for him, it wasn’t about the on-screen heroics. It was John Williams’ score that opened his mind to bigger things.

“I would have jumped at the chance to score orchestral music, right then,” he says, and it’s a space opera romance that’s continued to this day. When I ask him what his dream musical commission would be, there’s no hesitation.

“One of the upcoming Star Wars films. Nothing would beat that! Apart from the sheer, pants-wetting terror of trying to follow John Williams, everything else about that would be magic!”

Semple’s one of those people who seems to stumble from opportunity to opportunity. By day, he’s a IT guy, with an MSc from Reading Uni’s Cybernetics department in his pocket. In his off hours he’s an exceptionally talented musician. He’s written music for films and short subjects, for CD Projekt’s Witcher – his favorite action RPG title – and his background music scores has brightened tabletop games the world over. If brightened is the right descriptor for something as moody as, say, Dust and Mirrors, his Night’s Black Agents soundtrack, or as space-opera foreboding as the TimeWatch theme.

He never gave up on music, but there was a bit of a gap between the eight-year-old’s orchestral obsession and his next musical fixation, at age 18: rock guitar. He spent a long time on that road, playing semi-professionally, but when, in 2006, he set up a small studio for recording, Semple discovered the joys of virtual instruments. He realized he didn’t have to stumble from gig to gig anymore; he could be John Williams. Great timing, he admits, as the glamor was wearing thin.

“To be absolutely blunt,” he says, “When you get to thirty five, you don’t want to spend your night out getting paid, like, fifty pounds, if you’re lucky, out in some dive.” It didn’t help that, in England, venues are few and far between, unless you live in London.

Semple knew he had to make his own chances, and started reaching out, using contacts made during his years as a semi-professional musician, looking for jobs. “Relationships are everything,” he says. “You are your own salesman. If you can’t go and talk to people, if you’re not someone who makes friends easily, I don’t know how you’re going to make the connections needed to get the work.” He started taking on challenges outside his comfort zone, like the down-tempo soundtrack for independent film Jen. He knew he needed to take risks to progress, and it also helped him make more contacts, which in turn meant more work. “It’s not an industry for shrinking violets.”

Gaming, like orchestral composition, is an old obsession. Semple started with Fighting Fantasy, the choose your own adventure series, before moving on to the delights of Red Box Dungeons and Dragons, Tunnels and Trolls, Champions, Golden Heroes, and of course, Cthulhu. These days he scratches the itch as Loremaster in a weekly One Ring game.

That’s how he ended up providing soundtracks for most of Pelgrane Press’ tabletop RPGs, from 13th Age through to The Esoterrorists. He’d played a lot of Call of Cthulhu over the years, and the group he played with used whatever music it could scavenge as mood enhancement; but using known soundtracks became a distraction. It was too easy to recognize certain tunes, and be taken out of the experience. He knew he could do better, and he’d already dipped his toes in the water, writing the theme tune for Cthulhu-and-gaming-obsessed channel YogRadio. Composing music for tabletop games seemed the next logical step.

Since Pelgrane – maker of Trail of Cthulhu – was based in London, Semple decided to make a pitch to Pelgrane first. “I think Simon [Rogers, Pelgrane’s boss] took a bit of a risk,” he says, but before long his first RPG soundtrack came out, a four-track album for Trail of Cthulhu, Four Shadows. It was a testing of the waters; neither he nor Pelgrane really knew whether there would be significant demand. Then the numbers came in, and he soon found himself commissioned to write soundtracks for most of Pelgrane’s other RPG titles: Ashen Stars, The Esoterrorists, Night’s Black Agents, and ENnie award winning campaign Eternal Lies. Semple’s work has also been nominated for an ENnie, but so far he hasn’t won.

In some ways, Semple soon discovered, writing for RPGs is a lot easier than working with film, since there’s no question of having to fit a particular piece to a specific image. “Sometimes working to picture can be very constraining, particularly if you have this great theme, which you may have to cut short or change. Nowadays [film] editors, they don’t let go of the picture. We used to work to a locked edit, but that never really happens now; you get version two, three, four, five of the same scene.”

Writing for RPGs, Semple finds, is very similar to creating production library music. Ongoing series, say in television, aren’t interested in commissioning musical tracks. What they want is something more generic, which can be used in a variety of situations. There’s no picture, or specific scene; instead you pick an idea, and craft the music around that, knowing that the idea is likely to recur again and again within the ongoing narrative.

Take Night’s Black Agents, Pelgrane’s vampire spy title. That game assumes the players are spies, in the style of Jason Bourne or Statham’s Transporter series, and their main opponent is a globe-spanning Conspiracy, run ultimately by vampires. By invoking character archetypes like Bourne and Frank Martin, you’re setting things up for a high-action piece, in which chase scenes and flashy combat will probably play a big role.

So you aim for mood music, like Urban Parkour which fits both the tenor of the game, and can be used in most kinds of chase scenes, ratcheting up the tension. That’s the kind of thing the Keeper can slot in anywhere, as soon as the scene needs an appropriate bit of music.

Or the contemplative, moody Dust and Mirrors theme tune, switching from downbeat piano to brassy action; this piece is intended for the beginning of the session, to set the tone for the entire evening.

“You try to think really hard about how people will use it,” Semple says. “I don’t like the idea of the music being so contrived, and complex, that the Keeper ends up a kind of D.J.; that’s distracting for everyone.” The theme tune idea was one he resisted at first, feeling it was a little out of place, until he realized it did have a purpose: it brings players into the game.

“When you get together, particularly when you’re adults, you have a routine. You get together on a Friday, when everyone’s exhausted from work. You talk about what happened during the week, maybe have some food, and then you have to move from sitting around, to ‘we’re going to play make believe now.'” The theme tune becomes the bridge between that moment of inactivity, when people’s minds are on other things, to activity, when their minds are focused on the game.

“I did actually write a piece called Meanwhile, which is just ‘back from commercial break,'” says Semple. “Meanwhile sounded a bit better than, ‘I’ve just come back from the toilet!'”

In the grand, happy (mostly) coincidence that is life on Earth, his RPG work has opened doors in a lot of different industries. Many creatives, if they’re working now, grew up at the same time Semple did, and with the same influences. Tabletop RPG was a big part of their lives, and his. Having that shared background, he finds, is a great way to get more work.

Note: I have written, as a freelancer, for Pelgrane Press, the outlet through which most of James Semple’s RPG music is published.

James Semple’s Soundcloud can be found here, and his personal webpage here.