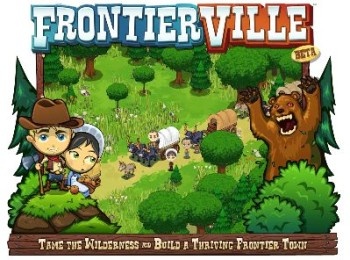 FrontierVille is another big hit from Zynga, amassing more than five million daily active users just two weeks after it launched, but will it be enough to halt the slow decline of its player base?

Zynga may not be everyone’s favorite videogame company but there’s no denying its popularity with the casual demographic. In fact, “popular” hardly does it justice; hits like FarmVille and Treasure Isle are full-blown social media phenomena, and it looks like FrontierVille, Zynga’s latest and greatest, is going to be another big winner. Only two weeks after it debuted, FrontierVille is drawing over five million daily active users, a far cry from FarmVille’s 18 million DAU but still a very good start.

Zynga could certainly use another big hit. The company reached a different milestone of a less desirable sort last Friday, sliding below 200 million monthly active users for the first time since November 2009. That figure climbed back to 210 million MAU over the weekend but Zynga’s total daily active user count has also slowly been declining, from a peak of over 70 million in July to roughly 50 million now.

According to Inside Social Games, the issue is not a sudden failure to connect with gamers but a slower pace of game releases thanks to a “more rigorous, expensive process” of development, in part due to Facebook’s recent changes to notifications that have forced companies to find new ways to promote their games. Zynga averaged one new game per month in 2009 but has thus far released only three games in 2010, half the previous rate.

To be clear, Zynga is in no risk of suddenly falling apart, but it may be forced to look at other avenues of growth in order to keep its numbers up, such as moving to other platforms or localizing its games for markets like Japan and China. FarmVille, in fact, is being released for the iPhone very soon. The times are changing, but for now, at least, Zynga’s popularity looks rock solid.