Every time a gamemaster picks up the dice, he is toying with fate – the fate of the players, the fate of the adversaries, the fate of the campaign world. When the dice come up in ways that were unexpected or create situations that are uncomfortable or unwanted, the temptation hangs omnipresent to say the dice said something they did not – to fudge.

Back in my article “Judging the Game,” I explained why you should never fudge a meaningful die roll, noting “the desire to fudge is founded on the faulty premise that you need to make sure people have fun. But it’s a mistake to believe that letting a character die destroys fun… It’s fudging the dice that destroys fun, by destroying the ability for the players to make meaningful choices.”

In today’s article, I want to discuss when you should fudge. Obviously, if you should never fudge a meaningful die roll, the universe of available fudging is limited to meaningless die rolls. But many die rolls are meaningless, or seemingly meaningless. Should you fudge some of them? All of them? The short answer is that you can fudge a die roll when it benefits play without impacting the ability of the players to make meaningful choices.

As an illustration of this general point, here are three situations where fudging makes sense.

#1: Fudging for Speed When the Outcome Is Virtually Certain

Sometimes, the outcome of a situation is virtually certain. For instance, imagine that there are eight player characters about to attack one easy-to-hit adversary with only 2 hit points remaining. The first player character, Marcus, hits and inflicts 1 point of damage. In this circumstance, it might be appropriate for the GM to “fudge” Marcus’s damage to be enough to kill (2 points), in the interest of speed of play. After all, the adversary is going to die regardless, and depending on the system, going through the attack routine of another character will just waste a lot of time that might be better spent on more meaningful play.

A quick way to determine whether fudging for speed is appropriate is to ask, “If I just narrated this outcome without a die roll, would anyone be upset or deprived of gameplay?” If the answer is no, fudge away. I frequently make use of this when random encounters dictate that high-level characters meet very low-level monsters. (“Your archmage quickly dispatches the giant rats and moves on.”) 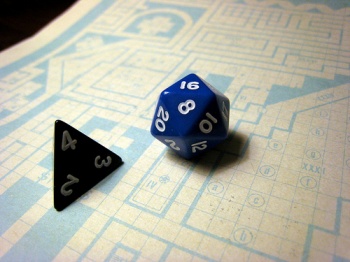 #2 Fudging for Verisimilitude When the Alternative is Inconsistency

Campaign worlds can range from the gonzo (in which internal consistency matters less than the wow factor of, e.g., space aliens riding psychic dinosaurs) to the naturalistic (in which internal consistency trumps the wow factor). But even at their most gonzo, most campaign worlds aim for some sense of verisimilitude, that is, some quality of realism, and the need for realism is reflected in much of the “mechanics” of game play.

The wandering monster tables for the Classic Dungeons & Dragons rules, for instance, make it more likely to encounter crocodiles near rivers and mountain lions near mountains; and more likely to encounter animals than ancient red dragons. Thus even a naturalistic GM can use these wandering monster tables and have assurance that the will produce realistic results. But sometimes even the best mechanics produce results that make no sense.

For instance, imagine that at the start of a wilderness adventure, only a few miles from the adventure’s starting village, the very first random encounter is the lair of an ancient red dragon (a 1 in a 1000 event that comes to pass.) This poses a tremendous challenge to the GM: Why is there an ancient red dragon just a few miles from the starting village, and why did no one know about it? Now, the GM might decide to run with this result. He might decide the dragon had only recently moved in, and its presence was not yet known; or that its presence had always been known, but that talking about it was a taboo, so the villagers hadn’t warned the PCs; or that the villagers were actually evil cultists in cahoots with the dragon, and the adventurers were just another sacrifice sent to die. All of these are examples of excellence in improvisational play.

But it’s also possible that the GM had previously established to the players that this was a safe village, with a sage who had briefed the party on local lore; and that the party’s clerics had already used magic to ascertain the villager’s good intentions. In this case, the dice have created a situation that makes no sense within the context of what’s gone before. Here, the GM should fudge the dice to create a realistic situation.

Now, it might be suggested that this deprives the players of meaningful choice – for instance, of the chance to interact with the red dragon. But as I have noted at length in my other columns, fairness demands precedent. The players in your game cannot make meaningful choices if the world can shift around them with no apparent consistency. Consistency must trump randomness. 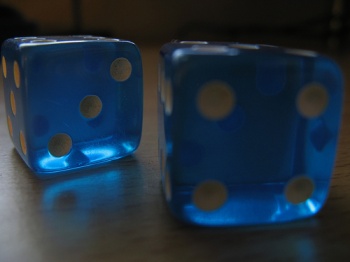 #3 Fudging to Fix What You’ve Screwed Up

As a gamemaster, you will screw up. It happens to the best of us. At some point the caffeine-induced high will wear off, the Doritos will mess with your synaptic speed, and you’ll accidentally forget that a Gargantuan Kraken gets to do both standard damage and bonus constriction damage when grappling with a tentacle. Because of this mistake, the situation in the game world will bear no relation to what it would have been had you not erred. If you value consistency and realism in your game play (or are simply an OCD perfectionist), this is a traumatic moment.

In the face of this situation, you can simply ignore the error and keep playing. This is fine in most cases, but if your error has been egregious and involves critical aspects of the game (or major adversaries), it won’t be acceptable. Your second option is to “rewind” gameplay – but this is often impossible, and even if possible, can ruin immersion. Your third option is to fudge some die rolls to get things back on track.

For example, if you realize you’ve been rolling only half the appropriate amount of damage for the villain, you might fudge some damage rolls to be higher over the next few rounds. Or if you accidentally have been hitting a player character you actually missed, you could fudge your next few attack rolls to insure some misses occur.

It’s important to keep in mind the goal of this sort of fudging: You are not trying to alter the outcome to fit some preconceived notion of what the dice ought to have rolled. You are, rather, adjusting the dice to fix errors you created. Done properly, the outcome should be close to what would have happened if you’d never erred at all.

I’m sure there are other circumstances where fudging makes sense, even in the context of agency-driven sandbox play, but these three are by far the most common ones I encounter. I’ll be interested to learn what my fellow gamemasters do in similar, or other, situations.