I’m an avid reader. I probably read two books every week; 100 books a year. Many of these are non-fiction (history, popular science, or economics). Only about a third of my selections are fiction. I’d read more fiction, but unfortunately have a serious problem: Anything I read inspires me to run role-playing games!

Whenever I read Neuromancer, I want to run Cyberpunk 2020. Anytime I pick up Starship Troopers, I start breaking out TSR’s old RPG Bughunters or the more recent 3:16 Carnage Amongst the Stars. That doesn’t seem like a problem until you remember that I’m already running two campaigns – I’ve no time for another, and I can’t stop running one of them just because William Gibson got me fired up. As a result, I have to carefully manage my fiction reading. If I’m running Dungeons & Dragons, I only allow myself to read fantasy books. If I’m running Car Wars, I restrict my consumption to post-apocalyptic fiction. The benefit of this somewhat ascetic practice is that I have compiled a master list of which books are most inspirational for which genres. In today’s column, I’m sharing my list of fantasy books, along with some brief comments on why each one is inspirational.

Most fantasy writers are influenced by Tolkien – either they are embracing him (like Robert Jordan), deconstructing him (like George R.R. Martin), or rejecting him (like Michael Moorcock). But Poul Anderson was a contemporary of J.R.R. Tolkien, and much of his best fantasy was published around the same time. This makes Anderson one of the few fantasy writers who were not influenced by Tolkien at all. Anderson was inspired by the same legendary sources as Tolkien, so his tales are replete with elves, wizards, and magic swords, but they are set in mythic Europe rather than Middle Earth. Christianity and paganism are explicit rather than implicit, and the medieval setting is far more authentic. If you enjoy Dungeons & Dragons, you absolutely must read Three Hearts and Three Lions, which is the original source for D&D’s alignment system, paladins, and regenerating trolls.

Bakker, R. Scott. “The Prince of Nothing” Trilogy; “The Aspect-Emperor” Trilogy

R. Scott Bakker is my favorite fantasy author. He combines an epic sensibility with an incredible breadth of philosophical and cultural knowledge. His two linked trilogies rank with A Song of Ice and Fire and Lord of the Rings as the crown of fantasy fiction. Yet while Tolkien and Martin offer us worlds that have far less magic than your average D&D campaign, Bakker is able to develop a realistic and plausible fantasy world that is richly magical. The way Bakker balances the power of army-destroying sorcerers, and weaves in familiar RPG tropes like evil humanoids, while establishing a setting firmly rooted in Europe’s First Crusade, makes it worth any GM’s time. 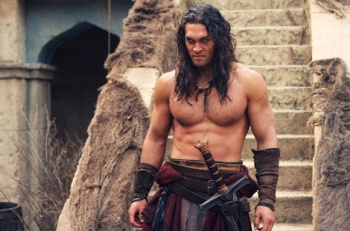 I am not as big a fan of Steven Erikson’s Malazan series as some, but he is worth the attention of fantasy gamemasters. Like several other writers on this list, Erikson’s work was inspired by a role-playing game campaign, and so it serves as a useful illustration of how one can build a world around the high magic tropes of D&D and its ilk. Erikson is also brilliant at parsing out just enough information for you to follow along, which is a useful skill for any GM.

David Gemmell passed away recently, much to the loss of fans of great fantasy fiction. Gemmell’s writing harkens back to the older tradition of sword and sorcery genre, more akin to Howard’s Conan or Poul Anderson’s The Broken Sword than to the high fantasy work written since Tolkien. But unlike other authors in the sword and sorcery genre, Gemmell’s heroes are just that – heroic – which is a welcome antidote to the plethora of nearly sociopathic anti-heroes one finds in other works. Gemmell’s worlds are inhabited by the sort of strong, heroic characters of the sort we all wish populated our campaigns.

Everyone is familiar with the famed Conan the Cimmerian, but for too many he is a burly, not-too-bright hero from 80s movies. If you fall within this category, you owe it to yourself to check out the fierce and cunning Conan as written by his creator, Robert E. Howard. Howard was one of the largest inspirations for D&D’s creator Gary Gygax, and Conan is the literal example of the D&D Barbarian class, down to his ability to climb walls and hatred of magic-users. If you end up enjoying the save world of Hyboria, TSR published a series of Conan modules (Conan Unchained and Conan Against the Darkness) and a Conan RPG created by Zeb Cook, author of the D&D Expert Set, all of which are meaty with gaming material.

Kay, Guy Gavriel. “Sarantine Mosaic” Series; The Lions of Al-Rassan, The Last Light of the Sun, Under Heaven

Guy Gavriel Kay’ entered the fantasy market when he served as editor of J.R.R. Tolkien’s Silmarillion. Since then he has taken his highly lyrical style into the field of historical fantasy – works of fantasy fiction heavily rooted in historical eras. The Lions of Al-Rassan, for instance, takes you to a fantasy world inspired by Moorish Spain during the Reconquista, while Under Heaven is similarly inspired by Tang China. His works are beautiful demonstrations of how one can build a setting inspired by ancient history without being dominated by it. My own Auran Empire campaign was inspired by Late Antiquity in the same way that Kay’s works were inspired by their periods. 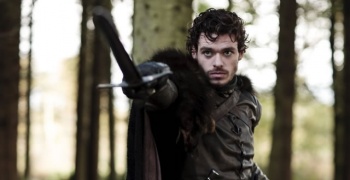 LeGuin, Ursula. A Wizard of Earthsea; The Tombs of Atuan

Long before Harry Potter, there came Ged, an adolescent wizard at a school for wizards, filled with great promise, haunted by great evil. Ursula LeGuin’s books have perhaps the finest magic system in any fantasy fiction ever written, and the best depiction of dragons since The Hobbit. For reasons inexplicable to me, many of the themes that LeGuin uses in the Earthsea series – Taoist-inspired morality, words of power, and ancient elemental powers – have not been widely adopted in RPG rules sets. That makes these books a treasure trove for a GM seeking to weave in new ideas.

Martin, George R.R. “A Song of Ice and Fire” Series

With all the coverage we’ve been giving a Game of Thrones, I hope you’re aware of George R. R. Martin’s masterpiece. If not, you need to subscribe to HBO, or even better, buy the books – right now! Only Tolkien and, to a lesser extent, R. Scott Bakker, can compare to the majesty which is A Song of Ice and Fire. Martin’s work has been described as a deconstruction of the fantasy novel, but it’s really a deconstruction of the medieval romance. Many of the characters in Martin’s work refer to romantic heroes of their world’s past, such as the Young Dragon, in ways that remind the reader of our own Lancelot or Roland. The reader’s awareness that the protagonists of A Song of Ice and Fire are doing deeds that will make them romantic heroes in their world’s future, coupled with the savage brutality of their lives in the present, makes us realize that the romantic heroes of old lived equally brutal lives. Classic Dungeons & Dragons plays a lot like A Song of Ice and Fire reads: PCs live short, brutal lives, but their adventures leave them remembered as romantic heroes … after they die.

Moon, Elizabeth. The Deeds of Paksenarrion

The Deeds of Paksenarrion was born from a bad Dungeons & Dragons game. Author Elizabeth Moon was offended at how badly some fellow gamers played paladins, and decided to write a novel to show what a paladin would really be like. The result is one of the best pieces of fantasy fiction to be published in the 1990s. Even if you’re not a gamer, Deeds is a moving story of courage, honor, and faith. But if you are a gamer, it’s a delight to parse through the text and find the gaming inspirations (Lolth, St. Cuthbert, and the Village of Hommlet) that underlie much of the story. If you have ever wondered what your D&D characters’ adventures would be like in novel form, this is the best example.

The problem with reading Michael Moorcock today is that he seems like he is ripping off the old familiar tropes. After all, Moorcock’s writing features an angst-ridden swordsman dressed all in black, turning against his own evil race to fight on the side of Law; an “eternal champion” battling through the “outer planes” of the Multiverse; an intelligent sword bent on dominating its wielder. This is all stuff that every GM has been using for decades. The reality, of course, is that Michael Moorcock created all these tropes we’ve been using for decades. Moorcock is not the best writer in fantasy, but he is one of its original visionaries, every bit as important to the genre as Howard, Tolkien, or Martin. 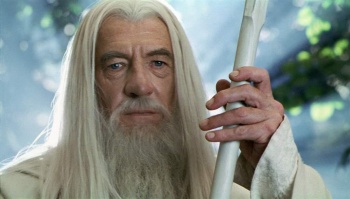 Tolkien, J.R.R. “The Lord of the Rings” Series; The Silmarillion; The Children of Hurin

The Lord of the Rings should be read by every gamemaster. Six decades after it first saw print, it remains unparalleled for the depth and scope of the world that Tolkien created, complete with its own Bible (The Silmarillion), languages (Quenya and Sindarin) and epics (The Children of Hurin). So complete was his immersion that J.R.R. Tolkien saw himself as a historian documenting a world – he wasn’t writing fiction, he was bringing to light something which was real. When Tolkien was once asked a question about Middle-Earth to which he had no answer, he wrote in his diary, “Must find out.” That’s the viewpoint I take when I stumble onto something in my own campaign worlds that I don’t have an answer to: not “must make up,” but “must find out.”

The magic system used in 1st, 2nd, and 3rd edition Dungeons & Dragons is called Vancian magic, and it’s named after Jack Vance, author of the Dying Earth stories. These tales, set in a future so distant that our sun has begun to dim and technology has become like magic, feature wily rogues and powerful magic-users in pulpish adventures. Not only did the Dying Earth series provide the basis for the world’s most famous magic system, it also gave us many of the most memorable spells, monsters, and magical items to appear in role-playing games, including portable holes, prismatic sprays, Evard’s black tentacles, robes of eyes, ioun stones, and Grues! And if you’ve ever heard of a lich named Vecna, it won’t take you long to figure out who he’s named after. Read the Dying Earth stories, and you’ll understand D&D in a way you never did before.

I have one final reading recommendation to close out this column, although it’s not quite available yet. It’s called Adventurer Conqueror King, and its co-written by yours truly. It’s essentially my version of the classic fantasy RPG. If you’ve agreed with the game design concepts I’ve shared in this column – such as top-down/zoom-in design, gazetteers, player agency, and so on – I think you’ll like Adventurer Conqueror King. The first versions will be available at Gen Con this year, and I’ll be there running demo games if you’re around.

Hopefully, this is enough reading to keep you busy until then!