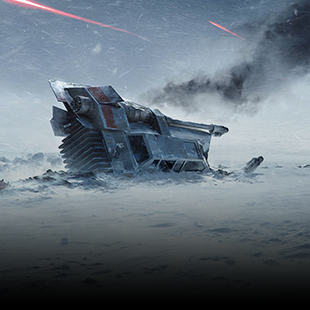 Star Wars: Battlefront was released just a few months ago, but it’s already a ghost town. Riding a Star Wars high after having seen the movie for a second time, I fancied having a few rounds, so I booted up the PC version and started waiting for a server in the most popular game mode (walker assault). And I kept waiting. And waiting.

Ten minutes later, it finally found me a game… with only three other players in it. The game wouldn’t start until it had at least 24 players, so there was even more waiting. As new players joined the lobby, others would drop out. After a while, I just gave up. This is a problem, and even worse, it’s a problem that we’ve faced before. The simple fact of the matter is that full-priced multiplayer shooters like Battlefront need to change, or they’re finished.

Let’s take a look at the why. Why is Battlefront a ghost town? For all intents and purposes, it is a solid, well-built game. It’s also built on the Star Wars license, meaning it should already have a pretty well-established fan base. The problem is that it’s just not enough, and it tries to sell itself on the promise of additional (paid) content.

Before Battlefront was even released, EA was selling pre-orders for a Season Pass, promising a steady stream of new content for the game. The Season Pass costs $50 and will roughly double the amount of content in the game: maps, heroes, weapons and items. This would be okay if Battlefront already had a substantial suite of content, or the base game cost $20, or even $40, but it doesn’t. It costs $60, and with a scant four maps in the most popular game mode, and a mere handful of samey blasters and upgrades, has barely enough content to justify its stand-alone release. The season pass isn’t doubling the content of the base game, it’s providing the second half of what should have been there in the first place. Yes, it is getting a little bit of free content, but it’s obvious that EA is pushing the season pass, which will only splinter the community. To get the full Battlefront experience, you have to drop a whopping $110.

Battlefront isn’t alone, either. Evolve, which released to quite a bit of hype earlier in 2015, was initially quite popular, but plummeted in players over the following months. It’s hard to see how Battlefront‘s developers didn’t see it coming, the complaints were exactly the same: Evolve was priced at $60, and had a ton of post-launch DLC. Players felt like they were paying full price for half a game.

The only time it is acceptable to sell half a game for full price is if you give the other half away for free.

But what’s even funnier is that before Battlefront EA and DICE actually made the same mistake. Battlefield: Hardline, the cops-and-robbers reskin of Battlefield 4, was released to a fairly apathetic audience last year. Fans felt like DICE was abandoning the still partly broken Battlefield 4 to move on to the next year’s DLC platform.

Even before these two failures we had Titanfall – a mechanically incredible game, that was super fun to play, but ultimately destined to die a lonely death as its playerbase slowly shrunk, and never grew. An expensive season pass that split the playerbase contributed to this – a problem Respawn did eventually see and try to rectify by making it free for all players. Looking forward, people are worried that Rainbow Six: Siege, despite being an excellent game, will end up going down the same path.

So, how do we fix it? What needs to be done? The first option is the most obvious, and the one that corporate will like the least: just make the cost-of-entry to multiplayer-only games cheaper. Insurgency, which costs a mere $15 and has no additional DLC, has more than double Evolve‘s player base, even at its lowest point. Payday 2 does has a bunch of DLC, and that whole controversial “pay-to-win” microtransaction thing, but the base game will only set you back $20, and it has over ten times Evolve‘s playerbase. You could even just go full-on free-to-play like Team Fortress 2, which last I checked, was doing pretty well for itself.

Another option is to just have more value. Call of Duty‘s fan-favourite Zombies mode practically doubles the game’s multiplayer content. The Halo series games always come with a full, co-op campaign that is often more of a draw than the multiplayer modes. The upcoming Hitman reboot, while not being a multiplayer shooter, is attempting the “episodic” format, whereby the barrier to entry is a mere $15, and then chunks of additional content are sold at reasonable prices. Then there’s Splatoon. 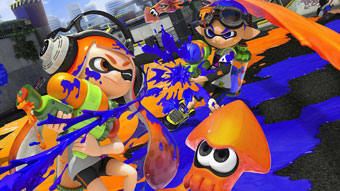 Ahhh Splatoon. The game that never should have been. A Nintendo produced, multiplayer online shooter for the Wii U, starring none of the Big N’s established characters. It was certainly a big risk, but one that paid off, and Splatoon‘s success is one that all other shooter developers needs to pay attention to. The reason Splatoon did so well was because despite being full price, it had a singleplayer component, an extremely well-built progression system, incredibly easy-to-use online lobbies, and a whole bunch of completely free post-launch content. That last one is the killer. The only time it is acceptable to sell half a game for full price is if you give the other half away for free. In Splatoon‘s case, the steady trickle of free content ensure that the playerbase only grew, as new players joined and old players checked out the new toys.

Listen, games industry. I like multiplayer shooters. Like a lot. I still regularly play Battlefield 4 and Splatoon and I want games like this to keep existing. You’ve just got to stop bleeding us dry. Multiplayer shooters are a commitment: you can’t just fire and forget, you gotta keep coming back, checking on us, making sure stuff is okay, and throwing us a few free goodies now and then to keep us interested. Take some notes from the likes of Splatoon and Call of Duty. I’m especially looking at you, Blizzard. Please, please don’t screw up Overwatch. The beta was super fun.