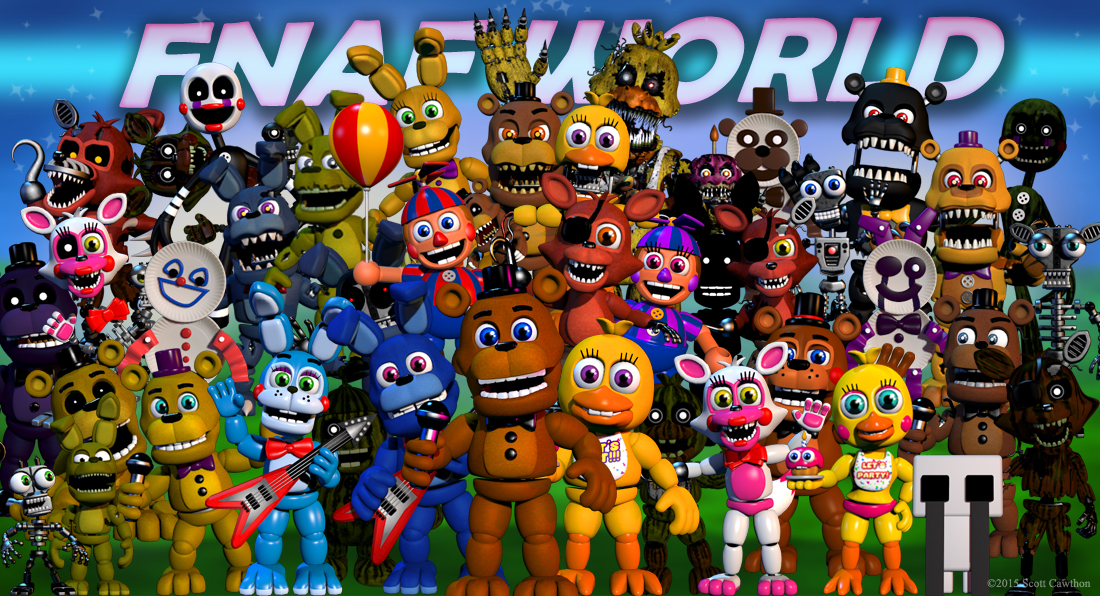 FNaF World, the strange RPG set in the Five Nights at Freddy’s universe, has just been pulled from wild release on Steam. But, if you’re lucky enough to already have a copy or if you’re willing to wait a few more weeks for the totally free release, we’ve got a few strategies to make leveling up weak party members easy.

Instead of continuing the horror route, FNaF creator Scott Cawthon took a weird right turn and developed this happy-go-lucky JRPG. Everything is not as it seems, and you’re going to need high level heroes to survive this game’s toughest secret bosses. There are a surprising number of available party members, so keeping them all leveled up isn’t that easy. We’ll help you out with a few tips to speed up the process.

How to Easily Grind for XP

Grinding is possible on all bosses thanks to a quirk of the game engine. All bosses will respawn if you reload a save near their spawn location. This allows you to defeat a boss, press ‘Save’, exit the game, then restart the game, reload, and fight the boss all over again.

Remember, follow this order of steps to quickly farm:

Here are some of the better bosses to use for quick XP grindings.

Auto Chipper rewards 500 XP on each kill. This method is good for lower level characters; levels 6-8 will get the most out of this boss fight.

Bouncer rewards 1,000 XP on each kill. Still a mid-level boss, found in the Dusting Fields area.

Browboy rewards 1,250 XP on each kill. If you’re preparing for the final boss, Browboy is your best bet.

This is an intentional system, so there are certain drawbacks for re-fighting defeated bosses.

Each time you defeat a boss, the fight will become much more difficult on subsequent battles. They do more damage, so bring healers or characters with high defense.

It’s recommended you only fight bosses 3-4 times each. If one boss becomes too hard, try fighting a lower level boss fight again to get their XP.

Have your own crazy method for earning fast XP? Let us know in the comments!