The Toronto Independent Game Jam is a weekend-long project where local game developers congregate and produce a fully playable game in the short timeframe. Over the years, the event has seen plenty of really intriguing games from a lot of really talented developers, but the stand-out title this year was a spectacular little game from a spectacularly little developer. 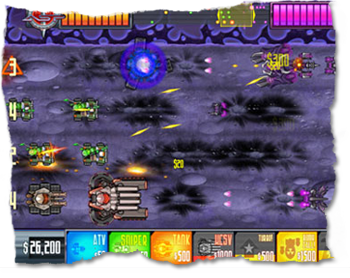 Cassie Creighton may only be 5 years old, but she’s already produced her first indie game hit. With the help of her father, she designed a silly point-and-click adventure game called Sissy’s Magical Ponycorn Adventure, which has already caused quite a stir online. It seems everyone’s interested in playing a game made by a first grader.

The interesting thing is that beyond the sheer novelty, Ponycorns is still a solid game. Sure, it may be a little silly, but no more than anything by Ron Gilbert. It’s as deep as any other casual experience, and its crayon-on-construction paper aesthetic is no less appealing than the latest cardboard-brown shooter. The game is defined by her youth, and in the best way possible.

Cassie’s not the only kid to make a really good game recently. Owain Weinert connected with PopCap Games through the Make-A-Wish Foundation to bring his own videogame fantasy to life. Allied Star Police was released as a free download on the iOS and carries all the polish you’d expect from the world’s premiere casual games producer, but the game was almost entirely Owain’s design.

The game plays like a revved up version of Plants vs Zombies, but with a theme that’s straight out of a presentation the 10 year-old showed the development team. “The whole team fed off of his energy and were astounded about how he coped with his own challenges to smile through and come to PopCap and work with us,” says producer Tysen Henderson, recounting just how much his team learned while working with Owain.

“These days I find myself concerned about accessibility, replayability, platform, monetization and a variety of other polysyllabic adult worries,” Henderson remarks. “But, it was an absolute pleasure to be able to transport back in time with Owain to being a kid again that loves games and wants desperately to create his own world.”

Kids are doing more than just designing now too. Bubble Ball was another youth-made iOS hit but this one was also programmed by a youngster. At only 14 years old, Robert Nay developed and released his first game to the tune of 2 million downloads, beating out Rovio’s Angry Birds for a few weeks as the number one free app on the marketplace. The game’s simple, Incredible Machine-inspired design was an instant hit with players and – like the rest of the games – proved that kids know how to deliver engaging experiences that are just plain fun.

As one would expect, all three of the child-made games are as wildly different as their players’ imaginations. The only real unifying factor is that they’ve all been created for mobile or social game platforms. It seems like the iOS and Flash have presented a unique opportunity for young developers to get into the game of game-making a lot sooner. 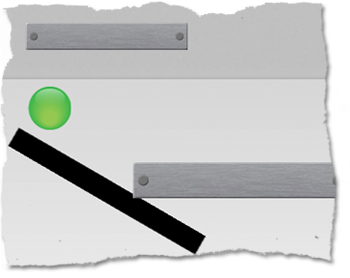 “We’ve seen how, given an accessible technology like the iPad, children will find interesting, novel uses,” says Jaime Woo, creator and host of youth-oriented design program Gamercamp Jr. “The technological barriers for making games have fallen so quickly. Computers are more powerful and software has become more user-friendly. Even better, more and more people know how to make games and can provide advice. These factors will continue to come together and help more children make games like Ponycorns and Bubble Ball.”

This consistently lowering barrier to entry is going to be a good thing for the industry as a whole. The more we can encourage young people to get involved with game design at an early age, the more we will pave the way for future game developers. Just like efforts to draw females or ethnic minorities into the development community, including children can only help to expand the overall variety of content that is produced.

Woo continues, “I think having kids creating games will have a huge impact on the industry. Kids are naturally creative. They already take existing materials and remix and re-imagine them in interesting ways.” He’s right, too; looking at these recent examples they’re all twists on existing titles. This makes the case that maybe kids are better at understanding what the best parts of games are, helping hone that intangible fun factor that makes the play experience worthwhile.

“When I was growing up, you weren’t allowed to be a game developer. The grown-ups in my life didn’t understand that that job actually existed,” recounts Cassie’s dad, Ryan Creighton. “I kind of figured that if there were all these great videogames, someone must be making them and getting paid to do so.”

Like a lot of modern game developers, Ryan’s early passion for games led him down his current career path, but there was very little support for young people interested in game design. But Ryan continues by saying that these new generations of game developers are entering a world full of games and opportunities to make them. “If we’re involving our kids, that means that we can transfer our knowledge to them, and they can improve on what we’ve done. This is really an industry that only a single generation of people has had a crack at. The promise of future generations getting in on the act gets people fired up!”

Since the release of Ponycorns, players have donated over $3000 to Cassie’s education fund, ensuring her the opportunity to pursue game development if she chooses. Ryan still believes in self-tutelage – that’s how he learned – but is hopeful for a future where game education is commonplace. “Can you imagine where we’d be if everyone making videogames today did have a proper education in game development? Education isn’t important – those who want to will get there eventually. However, if we do have proper education, we’ll all get there faster. I’m all for getting there faster, so let’s get some computer camps up in this bitch.” 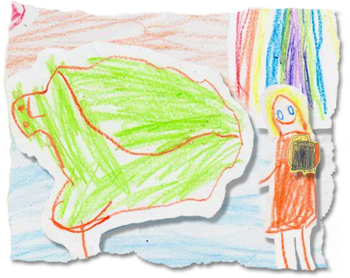 Beyond computer camps, Creighton is working on a new toolkit to help parents and kids make games together. Since his windfall of celebrity, he’s taken the opportunity to help expand the potential for future child game makers. Presented at Casual Connect Seattle this July, the Untold Graphic Adventure Game System looks to offer simple non-intensive programming systems for families to use. “This is the online equivalent of a matchstick model kit – I give you the instructions and supplies, and you add the time and quality bonding experience with your child.”

He’s not the only one pushing the efforts for more child developers. Joel Levin, a teacher in a New York City private school, has been using Minecraft to teach his students the fundaments of communal projects and though the course is not directly intended to teach design basics, he can’t help but notice that kids pick up on the principles anyway, “Honestly, it never occurred to me but if you think about it, the kids are certainly picking up game design concepts along the way. When they are creating buildings or outdoor spaces, I ask them to think about how future gamers will experience the location. How will players know which way to go? Creating and perfecting experience for others seems – to me – like the heart of game design.”

Programs and applications are starting to spring up everywhere that are enabling tomorrow’s game creators to get a head start on their skills today. On the topic of his own program, Jaime Woo says that it’s not necessarily about developing curriculums to teach children how to do things, but to provide avenues for them to let out already latent skill: “They’re already experts at playing and creating games. Just go to any playground and see how many ideas are floating around. What’s important is to guide those ideas and to refine the concepts by asking questions about the games: Why is this fun? What makes it fun? What would make it more fun? They’re really the same questions adults have to ask when they make games.”

Like in the way guitars and drums were added to school music programs to provide an outlet for young creatives, it’s quite possible videogames could do the same for a modern generation. As games grow in popularity we’re going to need more people trained in their production and the earlier we start educating them, the better our chances of seeing the first generation of developers to have grown up not just playing games but making them, too.

Justin Amirkhani is a freelance journalist in Toronto, host of cgrpodcast.com and can be found on Twitter as @Keadin.