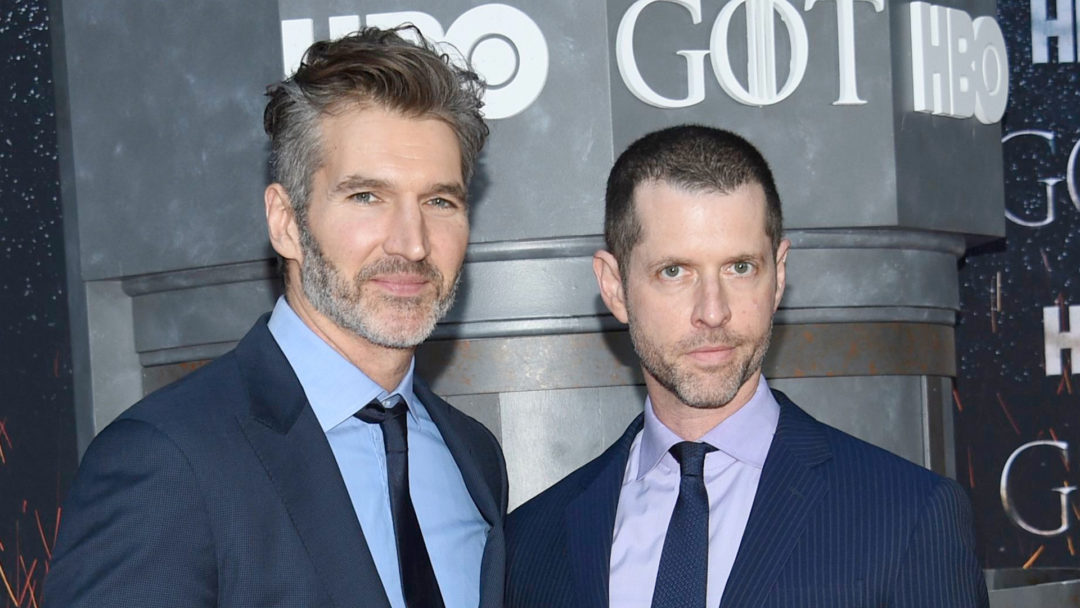 Game of Thrones showrunners David Benioff and D.B. Weiss have dropped out of their planned Star Wars trilogy for Disney.

The pair was scheduled to write and produce the first film in a new series to be released in 2022. The movie was intended to be the first Star Wars project on the big screen after the conclusion of the Skywalker saga, which concludes in December with J.J Abrams’ The Rise of Skywalker.

Benioff and Weiss were headhunted by Lucasfilm President Kathleen Kennedy in February 2018. Since then, they have overseen the divisive final season of Game of Thrones and signed a nine-figure, five-year deal with Netflix. The pair cited focusing on their Netflix deal as their primary reason for exiting Star Wars.

Benioff and Weiss aren’t the first creative leads to leave or be removed from a major Star Wars project. In June 2017 directors Phil Lord and Chris Miller were removed from Solo: A Star Wars Story, and just three months later Jurassic World director Colin Trevorrow was removed from the project that would eventually become The Rise of Skywalker.

There are still a number of Star Wars film projects in development. The Last Jedi director Rian Johnson is still working on a trilogy of his own, and Marvel Studios chief Kevin Feige was recently revealed to be developing a film as well. It’s unclear right now whether Benioff and Weiss’ trilogy will be canceled outright or whether they will merely be replaced as the creative leads on the project.

The series is also coming to the small screen starting next month. The Mandalorian begins streaming on Disney+ on Nov. 12, and the Ewan McGregor-led Obi-Wan Kenobi series is coming at some point too.

Star Wars: The Rise of Skywalker comes to theaters Dec. 20.