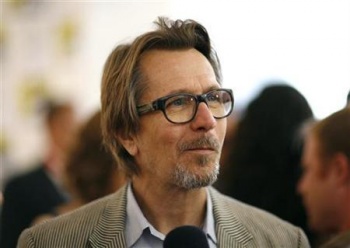 Gary ‘Commisioner Gordon’ Oldman let slip a some details about the next Batman movie, but keep it under your hat, ok?

Trusting Gary Oldman with sensitive information is like trusting the Cookie Monster with your Double Stuf Oreos. He just can’t help himself:

“We start filming the next ‘Batman’ next year, which means it won’t come out for another two years,” he said during a preview of his latest film, adding, “but you didn’t hear that from me.”

It’s probably safe to say that no one is actually surprised by this ‘slip’, the Dark Knight made more than a billion dollars after all, but it’s nice to have it confirmed nonetheless.

What we don’t know yet is who else will be appearing in the film. This time last year names like Johnny Depp, Phillip Seymour Hoffman and Angelina Jolie were being thrown around, but as yet it’s all just rumor. Still, if they let Oldman know, he’ll let us know.

GTA Movie Definitely NOT in the Works