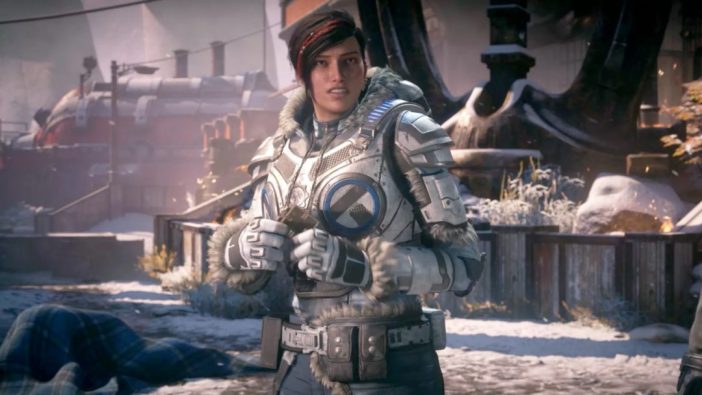 Gears 5 is ready for the world, and it will be on display at Gamescom on Aug. 19, where its Horde and Campaign modes will be unveiled.

A few details about the game’s campaign mode are already available, some of them from a leak back in May. Supposedly, Gears 5 will feature the “most diverse Gears world ever created” and be playable in both local split-screen and online co-op for up to three players. The game will star Kait Diaz, who will break ranks to go hunting for the truth about her mysterious connection to the alien Locusts.

Horde mode, first introduced in Gears of War 2, is one of the most popular modes of online multiplayer play. Gears 5 promises to add what sound like Overwatch-style hero abilities to the mode.

Gears 5 is headed to gamescom on Monday August 19 with all-new Horde on Inside @xbox followed by exclusive look at campaign on Opening Night Live with me and @GearsViking! pic.twitter.com/E8VvRpJdxX

Several of Gears 5‘s game modes have already been revealed, and some have even been playable through a series of limited tech tests. In July, players got a chance to sample a few match styles in the game’s Versus mode, including King of the Hill, Escalation, and the new Arcade Mode. A single-player practice mode, Boot Camp, was also available.

Gears 5 will have over 10 Versus modes in addition to the Campaign and Horde modes. Horde will also be joined by another online co-op mode, Escape, which will reverse Horde’s more defensive style of gameplay by requiring players to destroy Locust hives from within.

The Coalition recently announced that Gears 5 had gone gold, meaning it is feature-complete and ready for production. As part of the announcement, the team revealed the game’s achievement list.