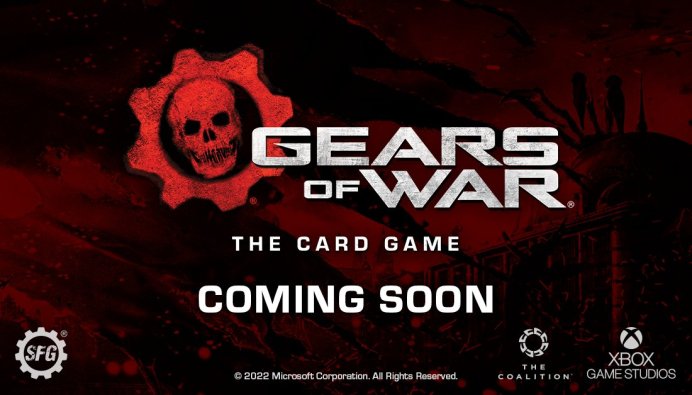 Xbox Game Studios and The Coalition have announced Gears of War: The Card Game to tide fans over while they wait for Gears 6. This tabletop take on Xbox’s bloody third-person shooter franchise is being developed by Steamforged Games, the same studio responsible for creating board games based on Dark Souls, Elden Ring, and Horizon Zero Dawn. The developer announced its plans on Twitter, promising to bring chainsaw guns and the Locust to your tables sometime in 2023.

The rumours are true. Be ready. Gears of War: The Card Game deploys in 2023. pic.twitter.com/JbrX2JY4iX

It’s worth noting that this technically isn’t the first time we’ve heard about Gears of War: The Card Game. First mention of the Steamforged project arrived back in 2020 at the Gear of War website, and the intent was to release the game that year. That post indicated development was being led by Magic: The Gathering veteran Tyler Bielman, with early details promising a game that favors luck and strategy. You can read a short summary of how the narrative-style gameplay would have worked at the time below:

Strike at the right moment, making your cards work together, fight together, and stand together – and, if necessary, die together. Choose how to develop your force as you play through unique narrative scenarios, each with their own objective and terrain layout. Each win or loss will affect the contents of your deck in the next scenario, allowing success or failure to impact your experience of the game.

Since nearly three years have passed since the initial announcement, it’s unclear how much has changed in the game till now. Still, some early card designs (below) show promise and are worth taking a look at. Stay tuned for updates as we look forward to Gears of War: The Card Game later this year. You can also head over to the Steamforged website to sign up for updates.