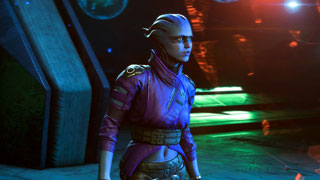 EA and Origin Access members will get to start playing Mass Effect: Andromeda five days early, but only for 10 hours.

Earlier this month, we learned that EA and Origin Access subscribers would get a chance to play Mass Effect: Andromeda early. No details other than that were available at the time, but EA quietly announced on Friday how the early access period will work. The details were found at the bottom of a news post announcing new additions to the EA Access Vault.

EA Access (Xbox One) and Origin Access (PC) members will get access to the newest Mass Effect game on March 16, five days before it hits stores on March 21. Over those five days, members can play a total of 10 hours of the game.

If you aren’t a member of either of EA’s programs, you can either subscribe ($4.99 a month or $29.99 a year), or just hang tight until the game comes out. If you do subscribe, you’ll get access to The Vault of EA games you can play for free, 10% off digital purchases from EA, and all the stuff that’s on this FAQ page

Mass Effect: Andromeda is set for its full launch on March 21 for PC, PS4, and Xbox One.

Split – Is M. Night Shyamalan Back?

I am Setsuna Confirmed as a Nintendo Switch Launch Title