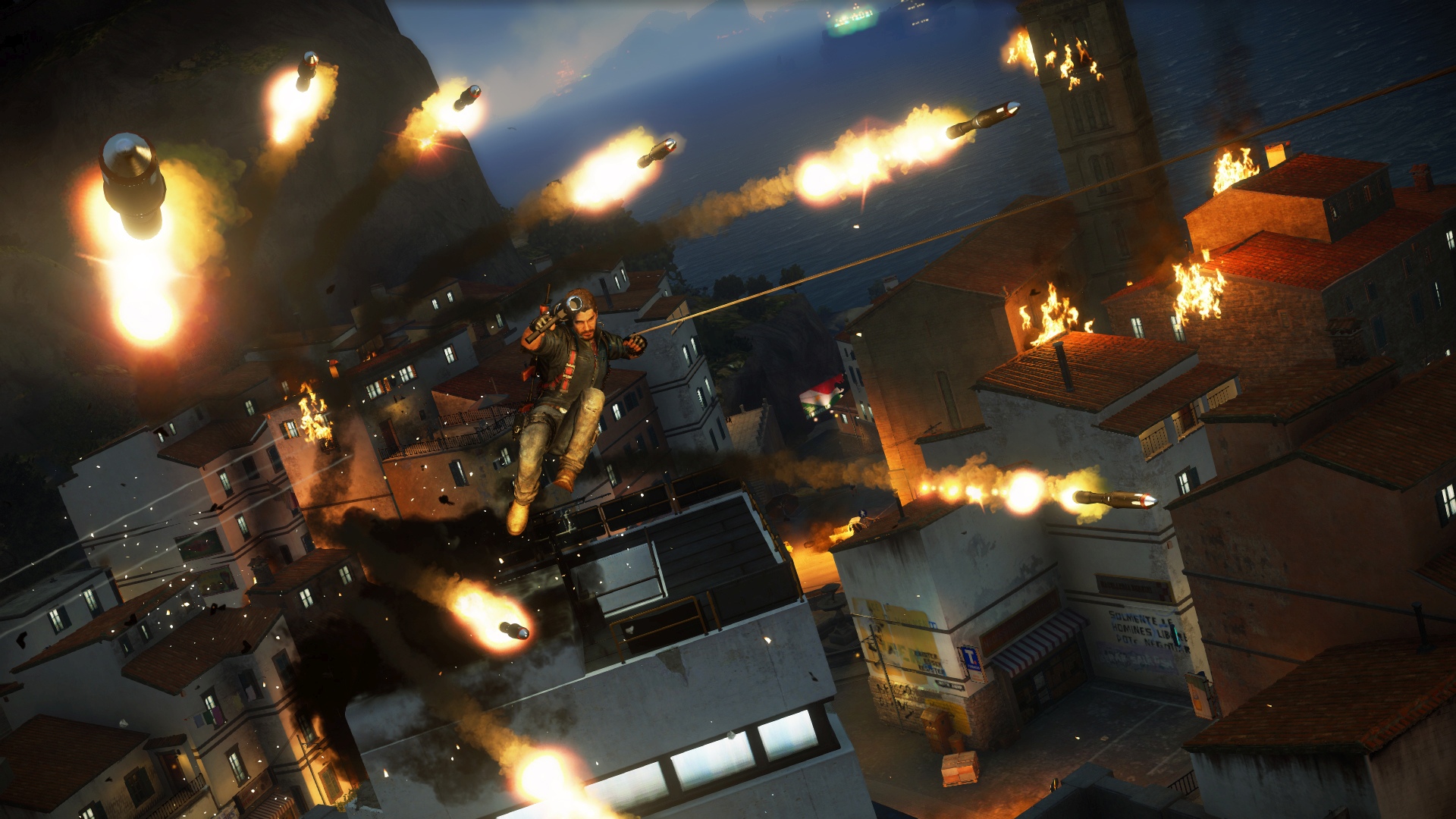 Hidden in Just Cause 3, there is a gun makes heads expand to grotesquely overly-large proportions. It works on Rico, his friends and his foes and you too can get your destructive hands on it. Learn where to locate this goofy Easter egg weapon in the description below.

Because the developers at Avalanche Studios aren’t taking themselves very seriously, as is obvious in the main story of their latest open-world shooter, they’ve littered the island nation with secrets and references. There are so many it’s hard to describe them all, but we’ve found a few and want to share.

For instance, you too can unlock Doge Mode in Just Cause 3 by walking a friendly puppy home. Get those 2012 feels all over again with this ridiculous inclusion.

This isn’t a ‘Mode’ so much as it’s a gun that Rico can grab. Instead of damaging enemies, you’ll transform their craniums — ballooning up to massive size.

The more you shoot, the bigger your target’s head will get. Don’t worry, you can’t actually kill anyone with the Big Head Gun! You can shoot all the civilians you want for fun without turning into a crazed killer.

For whatever reason, the pistol’s ammo count is permanently set to 16 shots — but you’ll have infinite ammo. There’s no need to get more ammo.