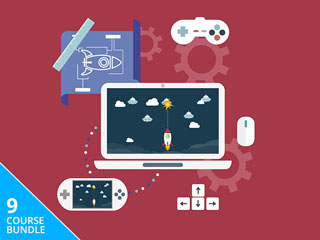 If you’re a gamer, chances are you’ve thought about your own game ideas. If you’re ready to bring them to life, check this out: We’ve got the 2017 Zero to Hero Game Developer Bundle for $49 at Escapist Deals.

You’ll get nine classes and 83 hours of training that teach you everything you need to know to start making your own games. You’ll learn vector-math, object-oriented programming, asset creation, Unity 3D, game physics concepts, coding in C++ in the Unreal game engine, and plenty more. By the time you finish the training, you’ll have a portfolio of games you made in class, from 3D games to first-person shooters. And you’ll have all the skills to keep making more – or even embark on a new career as a game developer.

Get the 2017 Zero to Hero Game Developer Bundle for $49 at Escapist Deals.