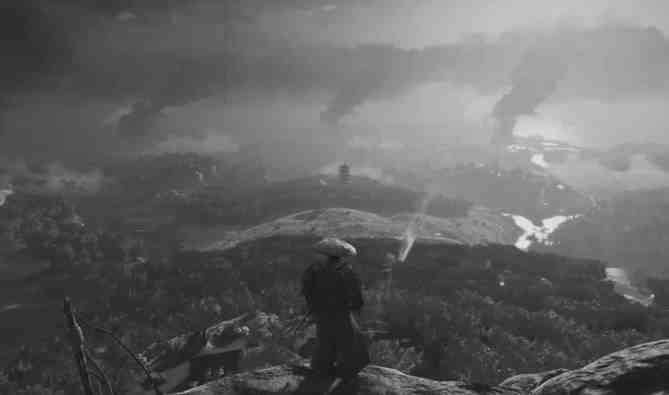 Ghost of Tsushima’s black-and-white cinematic mode was given its final name after developer Sucker Punch Productions worked with the estate of Akira Kurosawa, the legendary director who inspired it. Now officially titled “Kurosawa Mode,” the optional filter faithfully captures the spirit of Kurosawa’s classic samurai films.

Speaking with Entertainment Weekly, creative directors Jason Connell and Nate Fox explored how classic Japanese filmmaking inspired the look and feel of Ghost of Tsushima. Kurosawa’s work in the genre undoubtedly influenced many aspects of the game, with the cinematic mode in particular featuring black-and-white visuals, film grain, and more present during that era of filmmaking. With such a focus on immersion and authenticity, Fox and Connell reached out to the Kurosawa estate to receive its blessing to name the mode after Kurosawa himself, as Connell explained:

We have this great game that transports people back to feudal Japan and Akira Kurosawa was one of our reference guides, especially early on about how we wanted it to feel. As we got closer and closer to making that a reality, we were like, ‘What do we call this special mode that we created, this black-and-white throwback?’ We threw out a bunch of different words and we thought, ‘What would be awesome would be if we could call it Kurosawa Mode.’ In order to do that, we felt that we needed to reach out to the estate and see if that’s something they’d be interested in. We sent a short video showing what it generally looks like, what it feels like.

This mode was first unveiled during a Sony State of Play presentation from May, where Sucker Punch also broke down many of the game’s other mechanics. A new cinematic trailer was recently released to help garner some hype for the game ahead of its impending launch.

Ghost of Tsushima launches next week, July 17, for PlayStation 4.