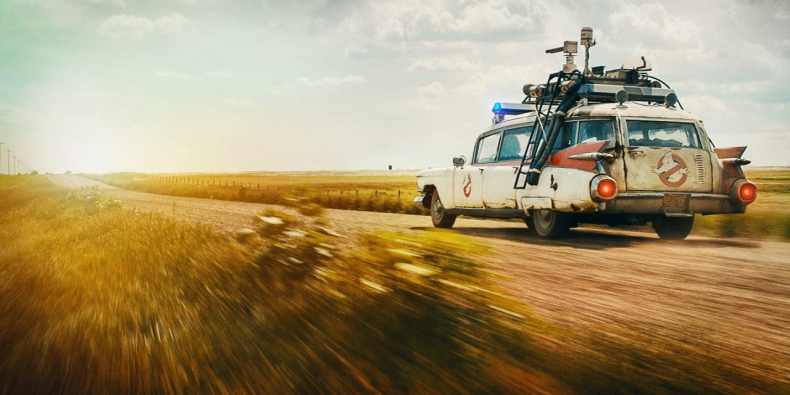 Ghostbusters is finally coming back… again. After multiple delays due to COVID-19, and the previous failed attempt to reboot the series with a new, all-female team, the franchise is connecting back to its roots with Ghostbusters: Afterlife. Sony dropped a new Ghostbusters: Afterlife trailer for the film, which shows the descendants of Egon Spengler discovering his ghost-busting tools all while mysterious goings-on begin occurring in their small town.

As the trailer shows, Ghostbusters: Afterlife is veering into a more kid-friendly, coming-of-age story than the ghost-trapping comedy of the first three films. It’s like a mix of The Goonies and Stranger Things with what appears to be a solid dose of action and a cameo from at least two past Ghostbusters, though no sighting of Bill Murray yet. In the movie, Egon’s daughter Callie (Carrie Coon) moves with her two kids, Trevor (Finn Wolfhard) and Phoebe (Mckenna Grace), to their grandfather’s old house. It’s been years since the events of the first two films, and it seems ghosts and ghoulies have become a thing of the past after the Ghostbusters defeated Vigo Von Homburg Deutschendorf. However, strange things are afoot, and the kids, along with Paul Rudd, set out to save the day.

The movie isn’t just about the descendants of the original Ghostbusters; it’s actually made by the descendant of the original two films’ director. Jason Reitman, who is directing Afterlife, is the son of Ivan Reitman and was heavily involved in pulling the franchise back onto the big screen in a direct sequel. He had a hand in writing this new film, alongside Gil Kenan, and is already a pretty accomplished filmmaker in his own right, so it isn’t entirely nepotism working here.

After three delays, Ghostbusters: Afterlife is set to release on November 11.