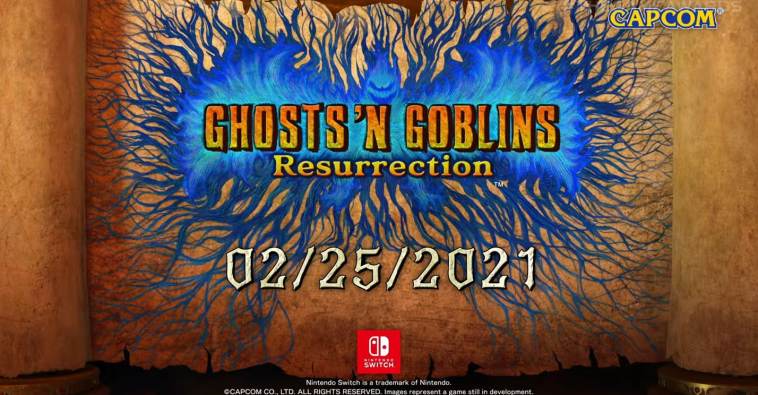 At The Game Awards 2020, Capcom announced Ghost ‘n Goblins Resurrection for Nintendo Switch. The title will release on Feb. 25, 2021. It is a modern reboot of the well-beloved Capcom classic and will have action-platforming gameplay with storybook graphics.

Ghost ‘n Goblins Resurrection tells the story of Arthur, a valiant knight, as he fights through the Demon Realm. The game will feature familiar enemies such as Zombie, Skeleton Murderer, Pigman, and Red Arremer. So far, the title seems to be exclusive to Nintendo Switch.

Additionally, Capcom also announced Capcom Arcade Stadium, which is a collection of retro Capcom titles. It is a free download and also includes 1943: The Battle of Midway. Additional titles will be available as separate DLC packs.