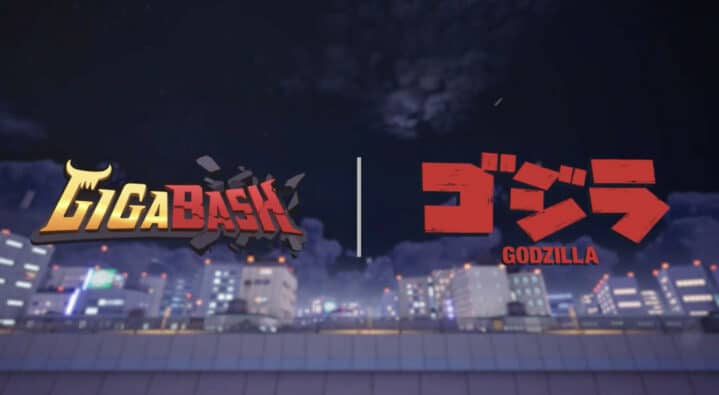 Monster brawler GigaBash is a party game that’s fun on its own, but it will soon be a must-play for all kaiju fans as shown in a teaser for an upcoming Godzilla collaboration. Passion Republic Games announced a partnership with Toho Co. during Tokyo Game Show this week that will soon see the King of the Monsters stomping onto the battlefield. Now, how exactly the Godzilla franchise will appear in GigaBash hasn’t been made totally clear, but it’s still a dream-come-true announcement for fans.

GigaBash co-director Mel Law offered a quick comment on the no-brainer collaboration: “We’ve heard it loud and clear from our fans, it’s going to be something they’ll really love!” Hear Godzilla’s iconic roar in your first look at this partnership in the teaser below.

For the uninitiated, GigaBash launched on PC, PlayStation 4, and PlayStation 5 last month as a party brawler that asks players to suit up and battle as cartoon kaiju. It offers more of a light-hearted, fun experience rather than asking players to get competitive, but it still manages to have its own level of depth. The Escapist’s Jesse Galena tackled the monster brawler for review and enjoyed the experience, comparing it to classic arena fighting games like Godzilla: Destroy All Monsters Melee and PowerStone.

Godzilla will reenter the gaming space in the future, but you’ll have to stay tuned for more updates on GigaBash to see exactly what this new collaboration will bring.