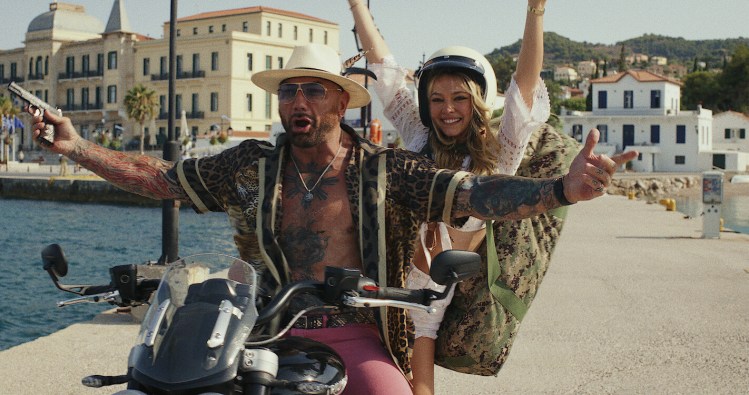 This article contains minor spoilers for Glass Onion: A Knives Out Mystery in its discussion of the need for more comedy mystery movies and other comedy / genre hybrids.

The new Rian Johnson mystery Glass Onion, a tale of murder and betraying old friends, had me laughing out loud. I’ve seen some great films this year, but not enough truly funny ones like this one, besides Everything Everywhere All at Once and the Nicolas Cage movie about being Nicolas Cage.

It’s always a matter of preference when it comes to humor, but Johnson really works to keep an undercurrent of jokes flowing throughout the whole movie. Daniel Craig’s Benoit Blanc is still a delight to watch, having multiple winding speeches that could have absolutely fallen apart in the hands of a lesser actor. There are also hilarious throwaway bits here, like when Miles Bron (Edward Norton) welcomes the party guests to his island playing “Blackbird” on what he says is George Harrison’s guitar, then tosses it without care as his friends approach.

Not every joke here is a home run. Dave Bautista’s character Duke, a men’s rights streamer who films from his mother’s basement, is a pretty flimsy parody on paper, but he’s still elevated by Bautista committing completely to the bit. All in all though, Glass Onion is effectively a funny movie while still remaining an intriguing mystery caper. Johnson has noted Agatha Christie as a key influence on these movies, and she kept her mystery stories both funny and thrilling with strange characters on both ends of the investigation. You can’t say that Hercule Poirot wasn’t just a little cartoony, though maybe that’s the mustache doing the work.

We’re not exactly in a good way when it comes to comedy films getting a wide theatrical release, but hilarious TV shows and comedic spins on genre flicks still kept us chuckling in 2022. It’s pretty strange that it seems harder than ever to bank on comedy as a solo selling point, and it’s uncertain that a comedic film will ever fill theater seats in the same way that a franchise like The Hangover trilogy did years ago. Glass Onion is estimated to have raked in between $12 and $15 million in its week-long theatrical run over Thanksgiving break, leaving some critics stunned as to why Netflix left money on the table and didn’t extend those screenings. 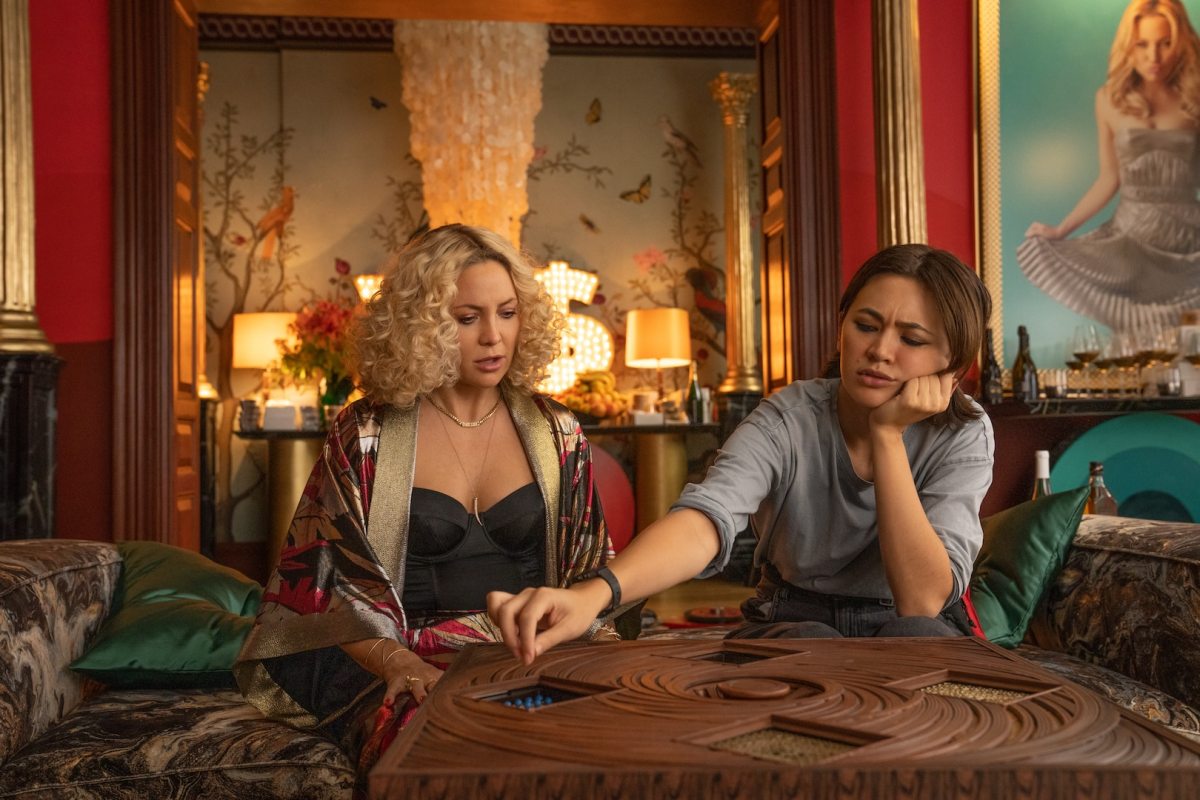 As much as I miss the days of huge ensemble comedies, I can also admit that it wasn’t a perfect system, either. The extended Apatow / Rogen cinematic universe for example produced incredible films but was also pretty insular for a while in rehashing the same cast members. But we were just on the edge of getting great new comedy films from differing perspectives, like the hilarious 2018 coming-of-age comedy Blockers that no one talks about anymore.

The Knives Out movies aren’t anywhere close to the first funny murder mysteries out there, obviously; Clue and many other films before that would like a word. It still stands in contrast with the other end of detective stories you’ll see more nowadays on TV, or my dad’s current favorite streaming app, BritBox. While the Knives Out mysteries feel inherently farcical and almost like old stage comedies at times, there are dark, gritty, and suspenseful mysteries taking cues from other sources, including real-life killings and true crime content that are also very popular on American and British airwaves.

When Knives Out hit theaters in 2018, it definitely reinvigorated people’s interest in fun, pulpy detective stories, with more landing this year. Even Superbad director Greg Mottola released a murder mystery this year. His film Confess, Fletch is an adaptation of the Fletch novel series by Greg McDonald. Another mystery comedy steeped in Christie’s influence, See How They Run starring Saoirse Ronan and Sam Rockwell, premiered around the same time as Fletch this past September.

Confess, Fletch in particular was fun and bolstered by great performances, from John Hamm as the titular Fletch, to Marcia Gay Harden putting on an absolutely wild Italian accent, to Ayden Mayeri’s straight-laced but bumbling investigator. However, the tone suffered because not enough attention was paid to making the mystery part of this mystery comedy as strong. There were a lot of scenes showcasing funny supporting characters that could have made the mysterious night of the murder in question clearer, but they just got lost in meandering dialogue that felt like strained improv at times. 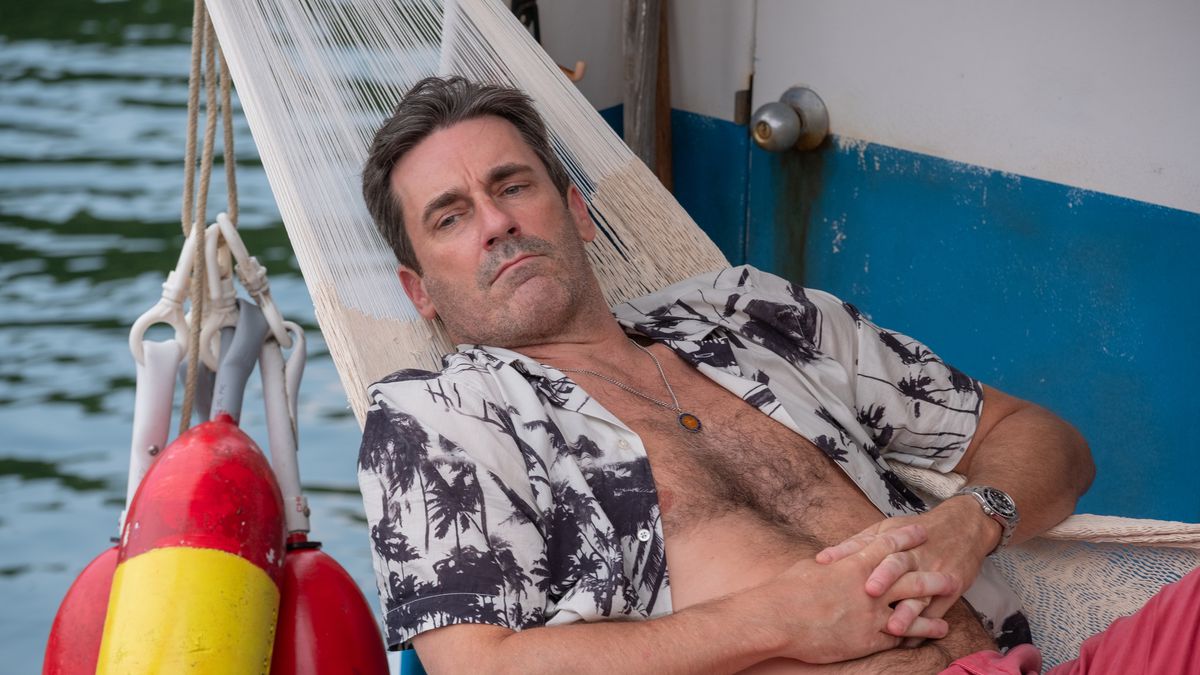 Right in the tagline, they tell you to get ready for some “disorganized” crime, but it was disorganized to the point where I was genuinely confused by the story reveals and not particularly satisfied when I learned what was foreshadowed early on. This film was at its best with its funny slapstick action moments and impressive capers that Fletch pulled off, and it would have benefitted from a tighter list of suspects in the cast and a more focused mystery to tie together the shenanigans going on.

That’s not to say there weren’t parts of Glass Onion that felt convoluted too, but the balance was played a lot more effectively there. There were hilarious visual gags that were also central to reveals in the story (Jeremy Renner’s Hot Sauce, anyone?), and they left you howling at what’s happening while simultaneously putting things together in your mental conspiracy board to get ahead of the mystery. Glass Onion works because Johnson didn’t sacrifice the mystery at any point for a joke or hold back the absurdity of the characters and story for the sake of his twists either.

Maybe we don’t need comedy as its own genre when it has always thrived when mixed with other classic movie tropes anyway. If it gets people into theaters, I’m happy to see filmmakers’ strange and funny perspectives on the cliches of mystery, sci-fi, horror, and any other stories. But still, a veneer of parody will only take you so far when playing in these worlds. To pull these satirical genre flicks off, you still need love and deep knowledge of that genre.