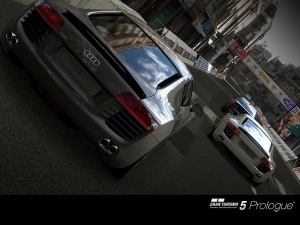 Gran Turismo 5 might not appear until 2010, according to the game’s developer, Polyphony Digital.

Studio founder Kazunori Yamauchi said that so far, there weren’t even “plans in the works for GT5 yet,” and that it could be released in either 2009 or 2010.

“[W]e’re totally focused on getting the updates through for Gran Turismo 5 Prologue, and that’s all we’re focused on,” said in a recent interview.

That title will be updated with numerous new features, including video content, vehicle damage, and a PSP version that will probably not arrive until GT5 proper.