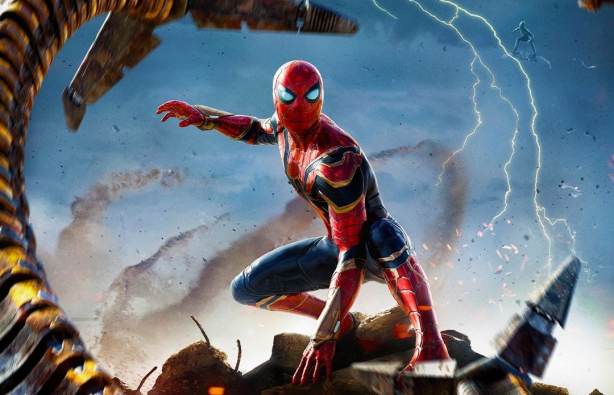 The poster is honestly a plethora of spoilers for anyone who hasn’t been paying attention. Not only is a clear image of Dafoe’s villain (whether or not Dafoe is actually playing the character) flying in the background of the Spider-Man: No Way Home poster, but we see Doctor Octopus’s arms in the foreground, Electro’s lightning striking, and a swirl of what is most likely Sandman’s sand. That’s four out of the Sinister Six that Sony is reportedly hoping to build out in its Sony’s Spider-Man Universe and a hint that we may see even more actors returning to roles. While Alfred Molina (Doctor Octopus) and Jamie Foxx (Electro) are both confirmed to be in the film, neither Dafoe nor Sandman actor Thomas Haden Church has been confirmed to be returning. It’s possible that both characters have been recast or that Sony and Marvel have actually been able to keep something secret.

Given Spider-Man: No Way Home‘s plotline revolves around the multiverse imploding on itself thanks to Peter’s decision to ask Doctor Strange to reverse time and stop J. Jonah Jameson from revealing his identity, there are plenty of actors and casting that the film could pull in from across all of Spider-Man’s iterations.

Much like Spider-Man: Into the Spider-Verse, the film could pull in a ton of references and other actors, and thanks to Venom: Let There Be Carnage‘s credits sequence, we basically know Venom will be there as well. Hell, maybe Paul Giamatti’s Rhino will stroll across the background in one scene. There’s still no word on the much-rumored return of the two previous Spidey actors either, though both Andrew Garfield and Tobey Maguire deny any involvement.

Spider-Man: No Way Home releases in theaters on December 17, and it will definitely feature the Green Goblin and Doctor Octopus, at the least.