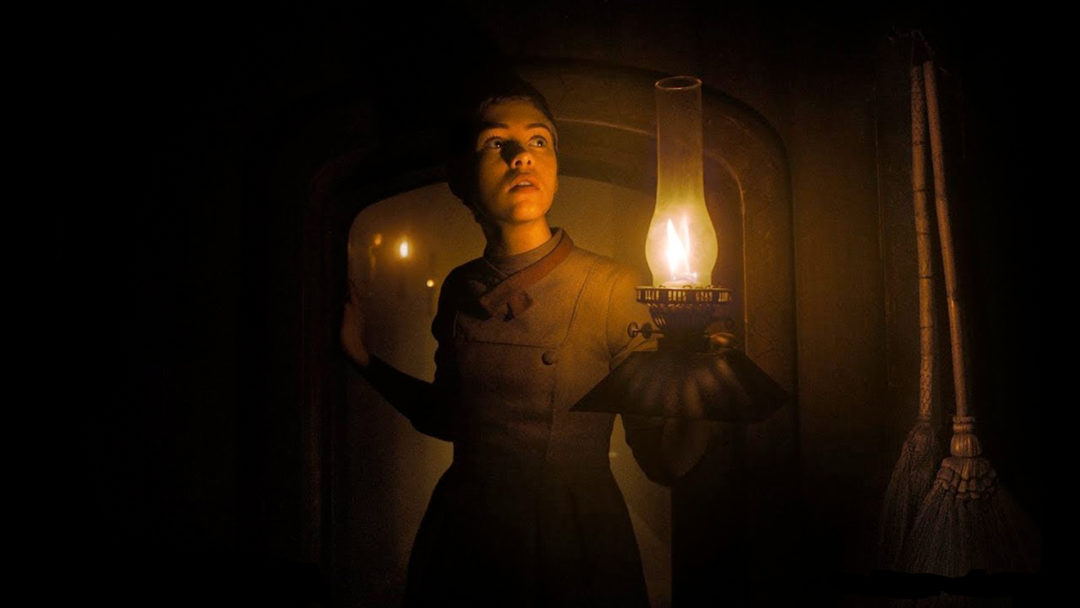 Starring up-and-comer Sophia Lillis in the title role and Star Trek: First Contact‘s Alice Krige as the villainous witch, Gretel & Hansel looks to put an even more overtly grisly spin on the tale of a backwoods-dwelling magic cannibal who feeds on children.

The trailer is heavy on mystery and atmosphere, featuring misty woods, plumes of red smoke, and evocative candlelight. A woman also pulls a string of twine from her mouth, which is pretty eerie. Right now it looks most reminiscent of Robert Eggers‘ 2015 supernatural potboiler, The Witch.

Perkins has a dynamite track record so far, and Gretel looks like it will play to his strengths. His last two projects were The Blackcoat’s Daughter and I Am the Pretty Thing That Lives in the House, both stripped-down horror yarns that got a lot of spooky mileage out of just an old house and a small number of talented cast members.

With Blackcoat Perkins even had the foresight to cast Kiernan Shipka as a Satan-worshiping probably-orphan three years before she took on the role of Sabrina Spellman, so he should make good use of It-girl Lillis.