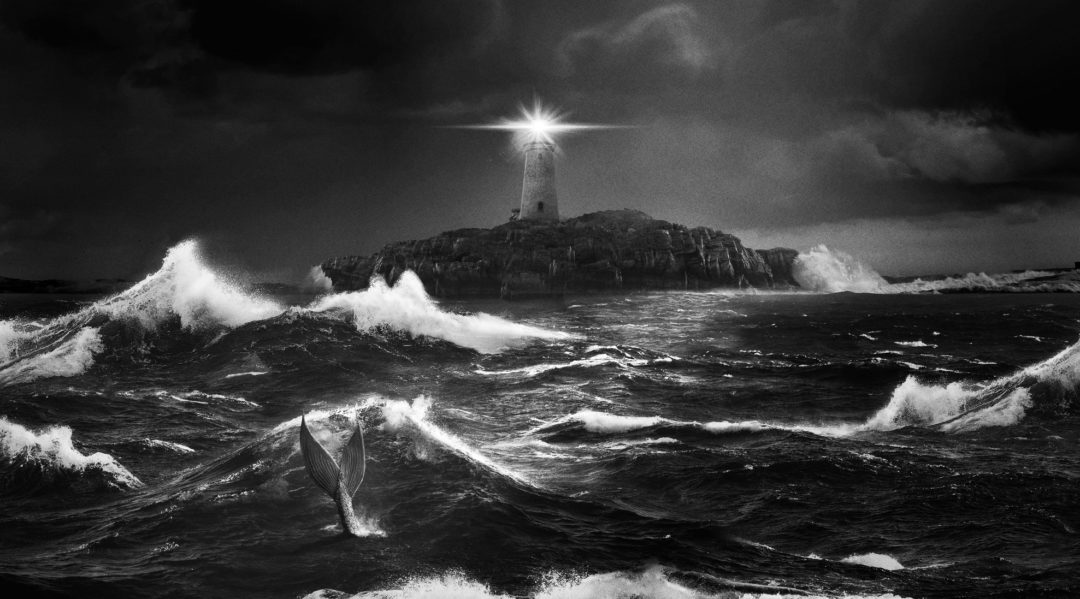 Robert Eggers, director of the visually horrifying and delightfully disturbing The Witch, is following up with The Lighthouse. It lands this October and the first trailer for the chamber piece thriller, starring Willem Dafoe and Robert Pattinson, is here.

What’s clear right off the bat in the trailer is that Eggers’ ability to create atmosphere was not some one-off fluke, as The Lighthouse drips with it. It starts with the choice to film in black and white with a 1.3:1, hearkening back to older, silent horror films with a hint of Hammer horror movies thrown in thanks to the solitary location and minimal cast. It, of course, doesn’t end there. Eggers is a master at creating tension with simple shots and incredible pacing, and this trailer is full of that.

The movie follows two lighthouse keepers, one young (Pattinson) and one old (Dafoe), tending to a lighthouse on a New England island in the 1890s. Things begin to get weird as Pattinson’s character begins going mad, with what looks like the same razor-thin edge between actual “monsters” and superstition that Eggers walked so finely with The Witch. Eggers also mined colonial American folklore for The Witch, and he seems to be returning to American folklore again for this film as well, though during a different time period.

The Lighthouse premiered at Cannes this year where it received stellar reviews for its story, filming, and acting. The rest of us will get a chance to see it on Oct. 18.