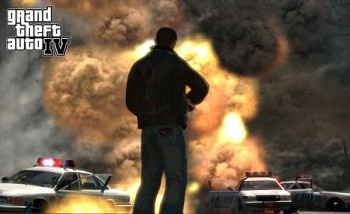 Sometimes I just don’t understand how this stuff works: Rockstar has confirmed that Grand Theft Auto IV for the PC has been given an MA15+ rating in Australia and will hit the shelves in all its uncensored glory.

A Rockstar representative told GameSpot that Australian audiences will be getting the same game as everyone else in the world, with none of the cuts that plagued the console release of the game. “The PC game is unedited in any way and identical in content to the international version,” the rep said.

Good news for Australian gamers, but also a rather odd decision in light of the fact that the OFLC refused to issue a rating for the Xbox 360 and PlayStation 3 releases of the game until Rockstar edited sequences featuring “interactions” with hookers. So why the change of heart? GamePolitics has speculated that the Classification Office may be less concerned about the PC release of the game because it’s not strictly a “gaming platform,” or that it may have lost interest in it altogether because it’s no longer the flagship hot-button game it was a year ago.

There’s also the possibility that Rockstar itself is playing games to avoid controversy: That the international version of the PC release doesn’t include the hooker scenes either, thus making the Australian version “identical in content.” But that scenario seems unlikely; the ratings for the two editions of the game posted on the OFLC website feature a subtle but telling difference between the two. The console version of the game includes warnings of “Strong violence, strong coarse language, drug and sexual references,” while the upcoming PC release is tagged “Strong violence, sex scenes, coarse language and drug references.” “Sexual references” and “sex scenes” are two very different animals.

So it looks the Aussie crew is going to get the real deal when the PC edition of the game launches next year, but precisely why that is remains an unanswered question. Was it political opportunism at work, ignorance or outright incompetence? Not that it really matters; no matter how you look at it, the decision points to a seriously dysfunctional rating system that’s effectively serving no one.

(PS. F.E.A.R. 2: Project Origin is still Refused Classification. Figure that one out.)