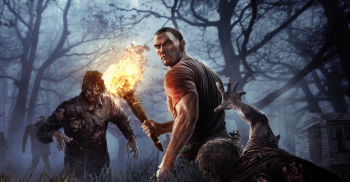 The PC release of H1Z1 will be split into H1Z1: King of the Kill and H1Z1: Just Survive.

Daybreak studio’s zombie survival effort H1Z1 is currently a PC exclusive, but today, the studio has announced plans to bring the game to the PS4 and Xbox One. Furthermore, the game is being split into two separate releases for the PC, H1Z1: King of the Kill and H1Z1: Just Survive.

King of the Kill will be the version of the game that makes its way to consoles, and is described as a “large-scale, high-intensity” shooter that includes a number of games, including Battle Royale, which was created by a player who goes by the name PlayerUnknown.

Meanwhile, H1Z1: Just Survive is essentially the “vanilla” H1Z1 experience, and will “refine its focus on delivering a persistent, post-apocalyptic open-world zombie experience where scavenging, crafting, and base building are the difference between life and death.”

On February 17, 2016, both H1Z1: Just Survive and H1Z1: King of the Kill will be available on the PC through Steam Early Access for $19.99 USD each. All players who currently own or purchase H1Z1 on or before this date will be granted both games for free upon the separation.

Daybreak didn’t go into specifics on the console release, but said that King of the Kill would come out of early access and be released for the Xbox One and PS4 “by the end of the year”.

No Dual Audio For Western Release of Fire Emblem Fates