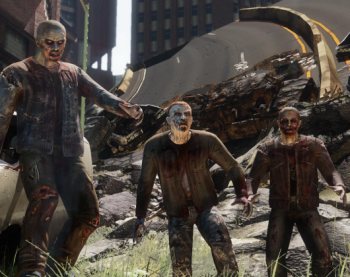 The War Z is offline again following an attack by hackers which gained access to email addresses, encrypted passwords and other forum and game-related information.

Controversial zombie shooter The War Z, which returned toSteam at the end of February after being removed amidst accusations of false advertising, is down again. This time, however, the developers took the game offline voluntarily following a security breach, which is now under investigation.

“We are issuing this Security Alert to all Survivors as a precaution so you can take some precautionary measures on your own. We have already taken a number of steps to increase security and are continuing to work with external advisors and investigators to identify and implement measures to minimize the chance of this happening in the future,” publisher OP Productions said in a statement.

The good news is that because all payments are made through a third party, OP Productions says there is no possibility that payment or billing information could be compromised. The bad news, of course, is that if you use that same email/password combination everywhere, that combo is now in the hands of someone, albeit presumably encrypted – for whatever comfort that’s worth.

The team has engaged “outside experts and investigators” to assist in figuring out what went wrong, and in the meantime has asked all players to change their passwords immediately, which despite the game being down can be taken care of at thewarz.com.