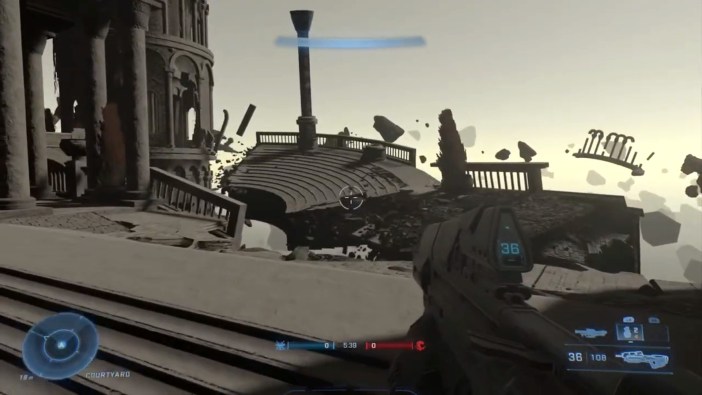 If you’ve ever wanted to use an assault rifle in Elden Ring, now’s your chance, as a talented Forge creator has recreated a section of the game in Halo Infinite. Blupe Vave is the player behind the map, which is based off The Crumbling Lands, complete with an open space of floating debris and tighter internal corridors.

The map is readily available to bookmark on Halo Waypoint, but credit for the find goes to Youtuber Rebs Gaming, who recently dropped the below video exploring it. It’s designed as a 2-vs-2 map, and it seems that Blupe Vave is still looking to improve on what’s already there. That said, those who have already tried it out seem to be enjoying what it offers, as it has a five-star rating off fifteen reviews at the time of writing.

The map is a testament to the versatility of the creation tools available in Halo Infinite, as Elden Ring isn’t something that comes to mind when you think about what other IP matches its aesthetics.

Even though it’s a fan-led achievement, it’s still an incredible example of what’s possible in the game. And it’s timely, too, as reports landed earlier this week that Halo Infinite developer 343 Industries was hit by the recent lay-offs across Microsoft, which may be cause for concern about the future of the game, though 343 Industries has confirmed it will continue as franchise steward.