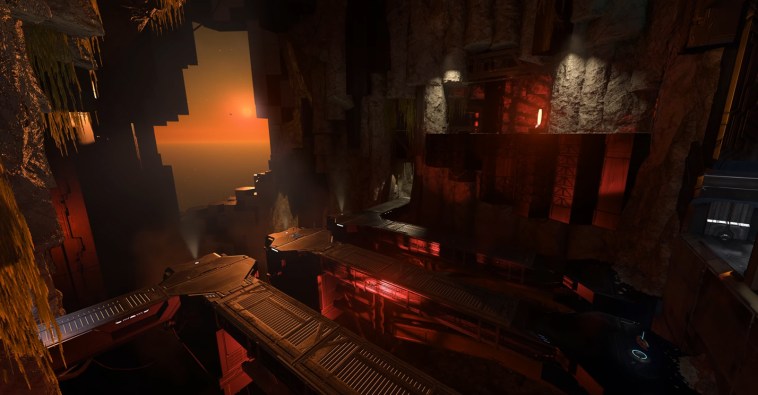 When you think about classic Halo multiplayer maps, they don’t get much more classic than Damnation. The highly popular map first appeared in Halo: Combat Evolved and was later remade as Penance for Halo: Combat Evolved Anniversary, but we haven’t seen more of it since. Now, Infinite Forges has brought an updated look to the classic map in Halo Infinite Forge with a Damnation remake named Salvation.

Damnation has always been a favorite of fans of modes like Oddball and Team Slayer, and its verticality offers a lot of opportunities for both high and low flag placements in Capture the Flag matches. With this remake in Halo Infinite, Salvation takes the elements that made Damnation a fan favorite for over 20 years and presents a map that is stunning while preserving the core of what made Damnation great.

Early on in the video announcing the release of the Damnation remake, there is a shot-for-shot comparison of the original Damnation and the updated Salvation map. Fans will notice that the blues and purples of Damnation have been replaced by an eerily dark terrain in which vibrant reds, greens, and blues really pop and make the map look modern. At the same time, the new map still feels like Halo, and the gameplay in the latter half of the video showcases all the ways that Damnation stood out 20 years ago.

If you’re a Halo Infinite multiplayer fan and love checking out the best maps in Halo Infinite Forge, Salvation should get into your rotation of maps sooner than later.