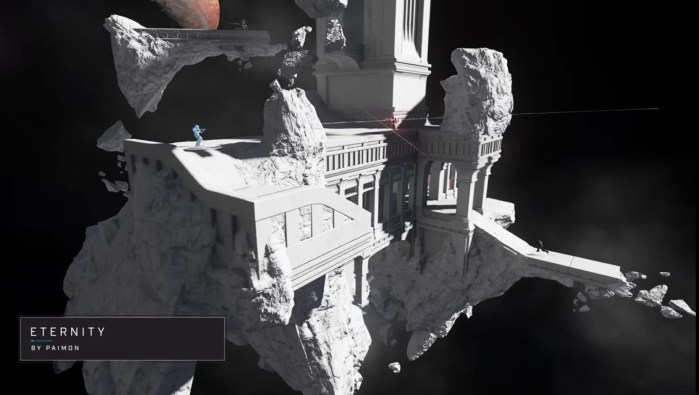 The Halo franchise has been the centerpiece of the Xbox brand for over 20 years, and Halo’s multiplayer has been a huge part of that success. Some legendary maps have certainly helped, as players have battled it out on Blood Gulch, High Ground, The Pit, and many more. Adding to the fun was the launch of Forge alongside Halo 3 in 2007, which allowed players to build custom maps that could then be shared with the community, and some absolute gems came to life. Now, with Forge arriving for Halo Infinite, it hasn’t taken long for some impressive creations to appear for fans of Master Chief’s latest adventure. Below are the best early Forge maps in Halo Infinite.

If we missed one or are way off base, let us hear it in the comments, but this list is purely opinion and in no way empirical or definitive.

Check Out These Best Early Forge Maps in Halo Infinite

Made by Paimon, Eternity has a lot of things going for it to make it stand out. First, let’s talk about the aesthetic. The white marble look of the map is completely different from what many Halo fans are used to, and it gives Eternity a fresh, new feel. It is a small map from east to west, but there is room for a lot of vertical movement on the map, which is ideal for smaller matches with fewer players. Fans of 1v1 matches will love Eternity, and players who have mastered the grappling hook will have a lot of fun here.

If you like Rocket League, then Repul Soccer is definitely going to be for you. I’ve spent more time laughing with friends on this map than I thought I would, but it’s a really nice way to take a break from the more intense matches in Halo. Basically, you’re trying to get a ball into the net using the repulsor. If you think you’re going to get in the way of the ball and make a big save, it might not end the way you wanted. Getting hit by the ball after it has been pushed with a repulsor will kill a player, which helps put this map over the top as both competitive and fun. It is certainly among the best early maps released for Halo Infinite Forge. 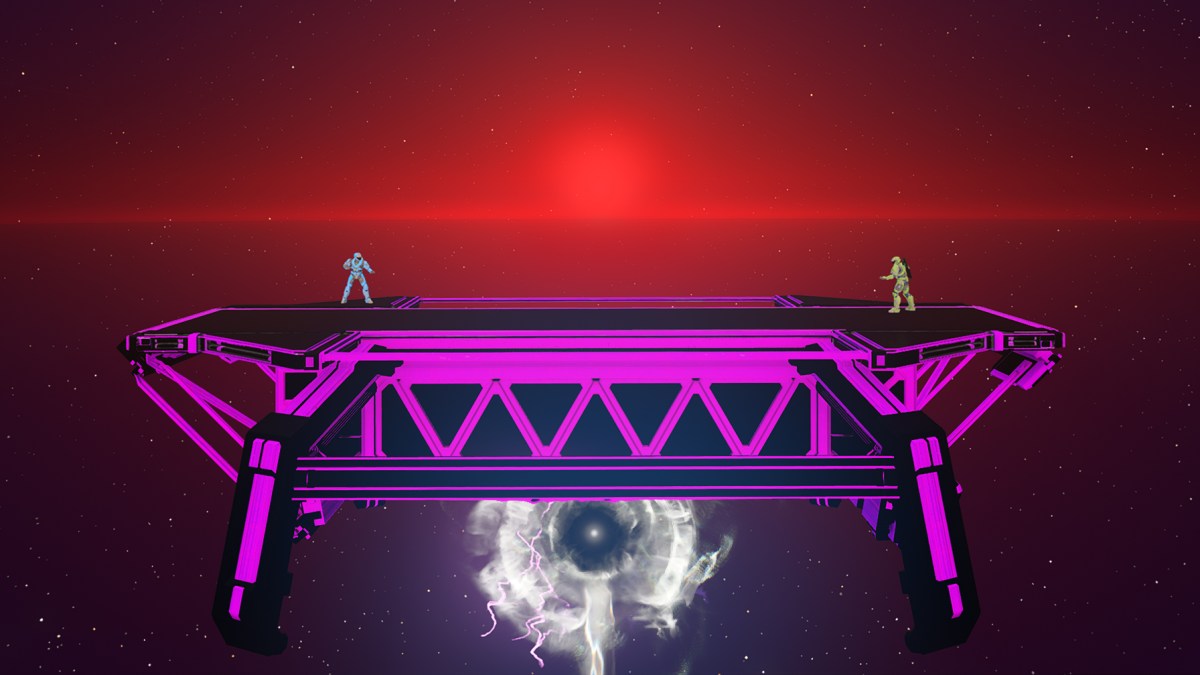 MadManEpic deserves a ton of credit for harnessing the mechanics of Halo Infinite while answering the question on every Halo fan’s mind: What if one of the most popular maps in Super Smash Bros. existed in Halo? The answer is high health, infinite grappling hook uses, plasma pistols, and infinite repulsor charges for you to try to knock your opponent off of the platform. Masters of the grappling hook will love Final Destination too, as it plays a pivotal role in being able to emerge victorious.

I love Star Wars, so I’m probably a little biased here — but Star Wars HQ did the world a valuable service in creating this popular map from 2004’s Star Wars Battlefront inside Halo Infinite. Bespin Platforms is exactly what it sounds like: the cloud city from The Empire Strikes Back, with a layout that embraces a lot of ground combat that Slayer players will love. Bespin Platforms also works well for fans of Big Team Battles, as Banshees can be flown overhead to rain down destruction on your opponents.

AbyssalSoda is conjuring up all sorts of Halo: Combat Evolved memories with Glacial, which is very clearly inspired by the first Halo game. Glacial features a huge, wide-open landscape perfect for players who want to jump into Big Team Battles. The openness of Glacial allows for a lot of vehicle combat, while also giving snipers clear views of a lot of the battlefield from some ideal vantage points located around the map. The genius of Glacial is in the details, though, as the more time you spend exploring, the more you’ll become familiar with the hidden weapons, shortcuts that can be used for flanking, and other gems built into the map. 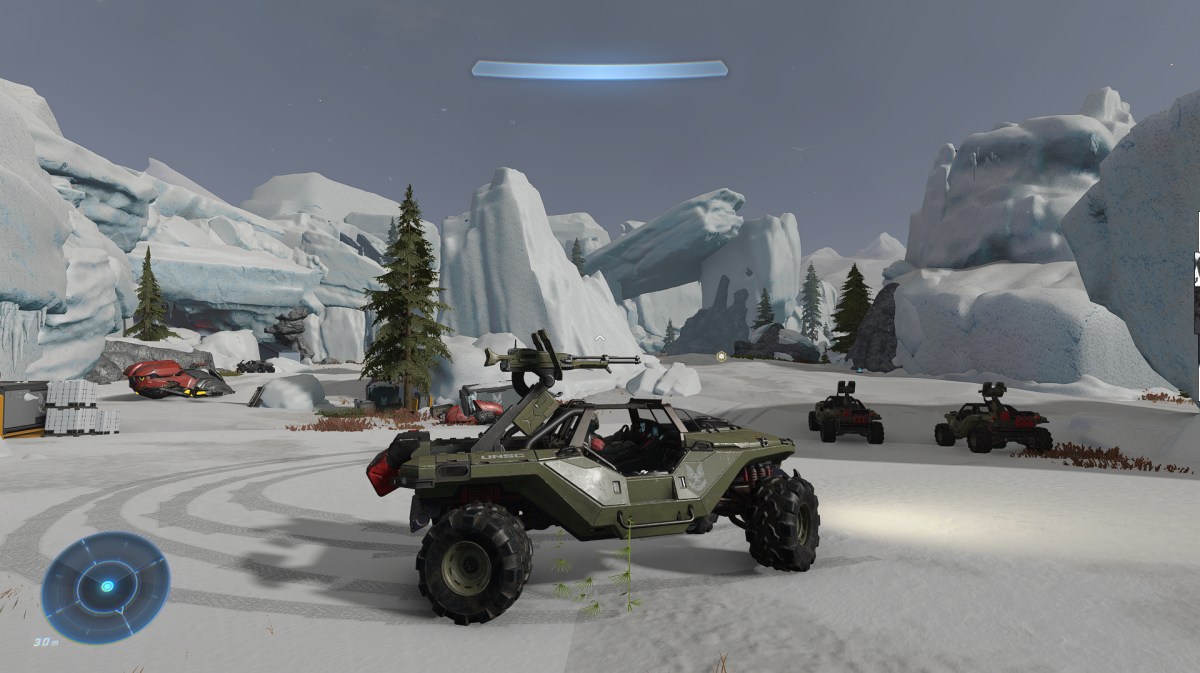 The Goodneighbor map takes some post-apocalyptic Boston flavor and drops it right into the Halo universe, as a widely popular locale in Fallout 4 proves to be ideal for arena combat in Halo. Fallout fans will immediately recognize the location, even though it’s not a perfect recreation — some liberties had to be taken to achieve some good competitive balance on the map. Cairnst did a wonderful job capturing the essence of the map, because Goodneighbor just feels like Fallout. You won’t need to build any settlements here — just have a good time taking out the enemy.

BioShock fans who just can’t stay patient for BioShock 4 will love Rapture, a Halo Infinite map inspired by the city from the original BioShock game. Fort excels at creating those Rapture vibes, and being in this map feels so similar to being back in Rapture in 2007. The city ruins in a completely underwater setting also add a nice claustrophobic feeling to the combat experience that many of the larger Halo maps just don’t have. BioShock fans are highly likely to agree that this is one of the best early maps available in Halo Infinite Forge.

Halo 4’s multiplayer was divisive for a lot of fans, but the Haven map in 343 Industries’ first effort was incredibly fun. Chargearound: Haven is largely a recreation of that map, and Darkmaiming delivered an accurate representation that brings the fun just like the original did. Open areas on the map, along with the variations in elevation, make the map ideal for modes like Slayer, Capture the Flag, or even Oddball. 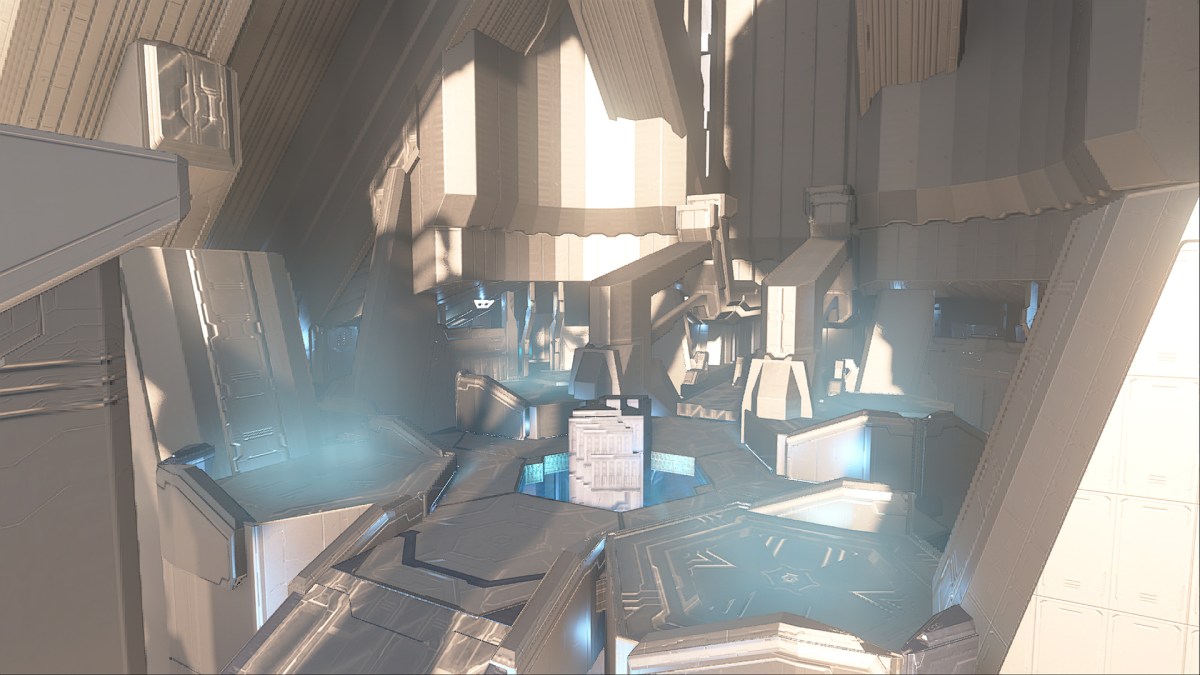 A classic map from Halo 2, Lockout gets another Forge remake, this time for Halo Infinite. Uneeq does a fantastic job incorporating the verticality that Lockout is known for, which has new meaning now that the grappling hook has a presence within Halo Infinite.  Lockout favors close-range combat, but the map is versatile enough that almost any kind of game mode would be fun on it.

This map is absolutely gorgeous, with the dusk setting and mist in the background surrounding the ruins of a once thriving castle. CrestFallen is a medieval-inspired castle design with a lot of verticality that will reward players that love the grappling hook. It also has something for almost every kind of player, with areas made for close combat and plenty of opportunities for players with ranged weapons to get in on the action. Echo7Project has done a great job in building CrestFallen, especially visually, and Halo fans should definitely give it a look.

These are the best early maps available in Forge through Halo Infinite that we’ve found!