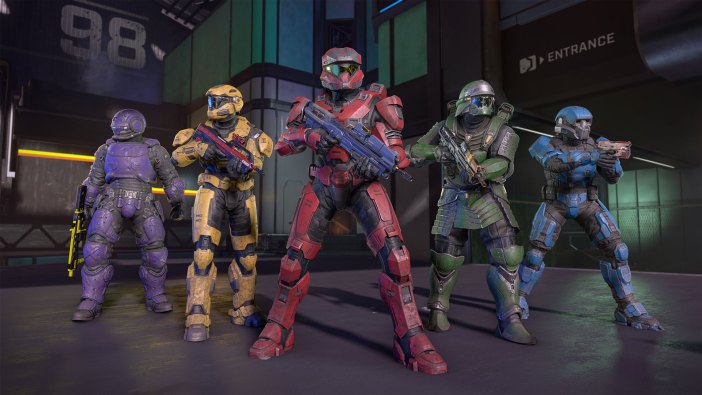 The Halo Infinite December Update is here, and it just might be developer 343 Industries’ most substantial content drop yet. The update brings new features and changes for multiplayer gamers, including the return of fan-favorite multiplayer map The Pit (now with a new name), quality-of-life adjustments, and a custom game browser to peruse and play through all of those new Forge maps. All of the changes arriving in the December Update, which is out on PC, Xbox One, and Xbox Series X | S now, were detailed in a Halo Waypoint blog post.

That custom game browser specifically is sure to give the Halo Infinite multiplayer community a much-needed shot of adrenaline, which is partially why it’s arriving months ahead of schedule. However, because 343 decided to prioritize its development, the custom game browser launching today is an early version of what will hopefully be a more polished offering in the future. In the meantime, players will have something familiar to sink their teeth into with The Pit. This Halo 3 map is back with more blues and purples than ever, with players able to drop back into the location under its new name, Empyrean.

Meanwhile, as a result of fan feedback, 343 has made a major change to player cosmetics. Starting today, every last Armor Core and all 10 Cadet Coatings have been made free for all players. It’s a drastic change to how armor personalization works, giving all players access to the Mark VII, Mark V [B], Rakshasa, Yoroi, and Eaglestrike armors and the available coatings from the jump. With mouse and keyboard input adjustments and improvements to player reporting and networking, it’s clear that 343 wants to listen to players and put in the work to revitalize Halo Infinite.

Halo Infinite has struggled to maintain consistent multiplayer numbers since launching last year. While it’s been tough to see 343 fail to find its footing, today’s Halo Infinite December Update does a lot to prove that the developer is putting in the work. You can also see the update’s trailer below.