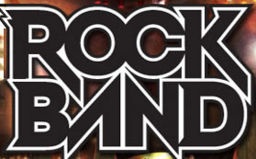 Harmonix and MTV Games have released details about the first wave of weekly downloadable content for its upcoming music-based videogame Rock Band.

Beginning November 20, tracks from Metallica, the Police and Queens of the Stone Age will be available in three-song packs for $5.49 (440 Microsoft Points for the Xbox 360 version), or individually for $1.99 (160 Microsoft Points.) Individual tracks by Foreigner, Wolfmother, the Runaways and others will also be available. The new content will be released on a weekly basis continuing through 2008 and ranging in price from $0.99 to $2.99 per track, with the “vast majority” selling for $1.99.

“We are excited to unleash some of the most beloved rock songs of all time for consumers to customize their Rock Band game experience – for an amazing price,” said MTV Games Senior Vice President Paul DeGooyer. “The overwhelmingly positive response from artists, managers, music publishers and record labels has set up a queue of fantastic tracks that will continue to roll out every week.”

The Rock Band downloadable content release schedule for 2007 is as follows:

Punk Pack:
“Rockaway Beach” – Ramones
“I Fought the Law” – The Clash
“Ever Fallen In Love” as made famous by Buzzcocks *

* Indicates a cover version. All others are original master recordings.

World of Warcraft Continues To Grow