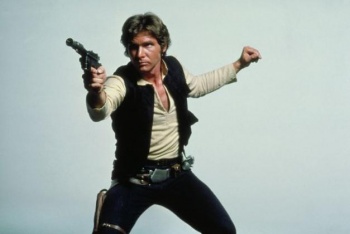 The heroic Harrison Ford might also save the world in real life, through his upcoming Facebook game.

As the vice chairman of nonprofit organization Conservation International, Harrison Ford has an interest in protecting nature so that humanity can continue to survive healthily and happily for as long as possible. Ford and CI have teamed up with videogame studio Talkie to develop a Facebook game called Ecotopia to help spread the word of this mission.

Ecotopia will be a free-to-play game where players build up a city from an uninhabitable environment. Completing missions generates resources for the city, which can be customized to a player’s liking.

The game will teach players about green initiatives. Participating in these initiatives earns points and helps players to advance. Ecotopia also features a “cinematic” story about the battle for a clean environment. Video will be integrated into Ecotopia to tie it into the real world and to potentially get players active outside of the game.

Larry Bond, chairman of Talkie, says Ford has been “providing thoughts on how key environmental issues could be integrated into the interactive experience.” Ford says: “I’m excited to be involved with Ecotopia because I see it as a great way to engage millions of people in our fight to protect our planet by taking action online and in our daily lives. As we work to address the most fundamental issues facing humanity, I think Ecotopia will help get people involved in a way that is fun, educational, and meaningful.”

Talkie will be tallying the actions of Ecotopia players to determine the impact it has. Eventually, the game will come to other “online platforms,” possibly meaning mobile phones.

Recycling is not only good for the planet, it now also impresses Harrison Ford. Ecotopia will launch in spring 2011.