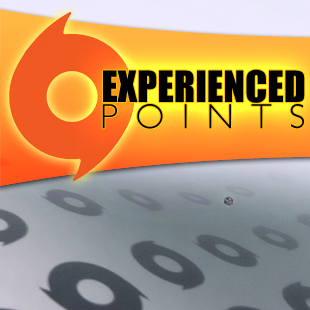 A little over two years ago, I hammered Origin, EA’s then-new digital distribution platform. I slammed it for their tiny selection, high prices, lack of indies, lack of sales, lack of marketing savvy, and a failure to leverage their existing back catalog. This is on top of the common complaints of the day, which revolved around a clunky client and a naked contempt for user privacy and security. So what’s happened in the last two years? What has EA done with this platform since then?

It turns out the answer is, “Quite a lot.” and nearly all of it is for the good. EA has addressed all of the points in my original complaint and while Origin is by no means perfect, it’s vastly superior to what it was just two years ago. Note that I’m not talking about technology. (Although that’s gotten better too.) I’m talking about their approach with regard to how they market, sell, and distribute digital games through Origin. While I’d love to take credit for showing them the light, I’m sure the truth is that they’ve been learning through trial and error and by keeping an eye on Steam.

So what have they done to turn things around? Well…

In July they gave away free copies of The Sims 2 – including all DLC – for anyone willing to log in and claim it. Brilliant.

My 14-year-old daughter does all of her non-Minecraft gaming through Steam. Origin simply didn’t exist for her. But when she heard about the giveaway she made an account and has spent the last several days playing The Sims 2 through Origin. I don’t know if The Sims 4 will come out on Steam or if it will be an Origin exclusive, but now she’s a user and the platform is an option for her.

They got more value out of old titles that were done selling. They grew the user base. They brought new fans to The Sims franchise. They got existing fans excited and playing the game again just before the new title launches. And they did it all without needing to blow a bunch of money on advertising. (Although I’m sure they’ll do that too when The Sims 4 launches.) It’s smart and it’s forward-looking and it’s exactly the kind of thing they need to be doing to lure people out of their comfortable Steam habits.

2. Their back catalog goes back. WAY back.

I was hoping they would offer some 10-year-old games. They’ve gone well beyond that. Their collection reaches all the way back to the mid 80’s, with classic titles like Starflight and Ultima, along with beloved hits like Alpha Centauri (which has been getting talked about lately) Wing Commander, and Syndicate. They’re not quite Good Old Games (and they’re not trying to be) but they offer classic titles that are worth having. For this column I purchased Theme Hospital (1997) and tried it out. It was easy and painless and worked without any fussing on my part. (They use a DosBox setup, just like Good Old Games.)

3. Their prices have come down.

While Origin still doesn’t have an answer for the terrifying Steam Sale, their prices are otherwise in line with what Good Old Games and Steam charge for comparable titles. They have a modest collection of titles in every price range, which saves them from being a platform only for people shopping for full-price AAA games. You could argue they’re still higher than they ought to be as the underdog platform, but the important thing is that they are experimenting with the lower price ranges.

Assuming they’re paying attention to their own spreadsheets, I’m willing to bet they’ll discover what Valve knows already: The margins on a $60 game might be glorious, but there’s even more money to be made from the people looking for a $5 or $10 distraction.

4. Origin is more user and system-friendly.

The early days of Origin were rough. It devoured memory and CPU cycles and did a lot of sketchy stuff with regards to scanning the user’s computer. The technology problems seem to have been ironed out (on my machine Origin uses slightly less memory than Steam) and they’re much more transparent about what their software is doing on your machine.

Maybe you still find that to be a little creepy, but it’s at least not more creepy than Steam.

5. You can return games.

Now we’re getting serious. Here is one area where Origin is completely, unambiguously, and undeniably better than Steam for both developers and customers.

In the United States, It’s been over a decade since anyone could even attempt to return a PC videogame and expect to get their money back. (And even with console titles, you can usually only get store credit.) You can return movies. You can return music. You can return books. But ages ago everyone decided that videogames weren’t something that the consumer needed to be able to return. This is twisted, considering the price differential and the increased chances of the customer having a problem they can’t solve. It’s easy to end up with a game that won’t run, either because I got the wrong version or because of plain old bugs, but I’ve never run into a book that was unreadable.

This is really good for developers as well. Most devs use some kind of third-party tools. Maybe your game is made with Unity, or the Unreal Engine, or some audio package, or a thousand other little things that your programmers didn’t want to have to write from scratch. Which means it’s possible for users to have catastrophic problems you can’t solve. If a game crashes every time they run it, and if the crash comes from (say) the audio library you (the developer) are using, then you might not be able to fix it. As someone who aspires to ship a game someday, I’m incredibly uncomfortable with a setup like this: Someone might buy my game and – for reasons beyond my control – not be able to play it. And I would have no way to make it right, because I can’t make Steam return their money.

This makes Origin really attractive both as a place to shop and a place to sell. Steam turns ten this year, and they still don’t offer this most basic courtesy between buyer and seller.

A year ago my Origin library consisted of Mass Effect 3. (Which I’m not really keen to play again.) Origin had nothing I wanted and no reason for me to care or log in. Now I have six games. While tiny compared to my 380 title Steam collection, it’s a start. (I told you those Steam Sales were terrifying.) It’s a place where I go to play and shop for games. If you’ve given the service a pass in the past, it might be worth having a look now, particularly to get your hands on the free games they give away.

Like I’ve said many times in the past, having lots of digital distribution platforms in good for everyone. Even if you don’t use Origin, it offers a place where consumers can flee if Steam angers them. This threat can help keep selections broad and prices down.

EA has decided they want to be a contender, and Origin has begun fighting for market share. This is a good thing.

Shamus Young is a programmer, critic, comic, and crank. You can read more of his work at Twenty Sided.