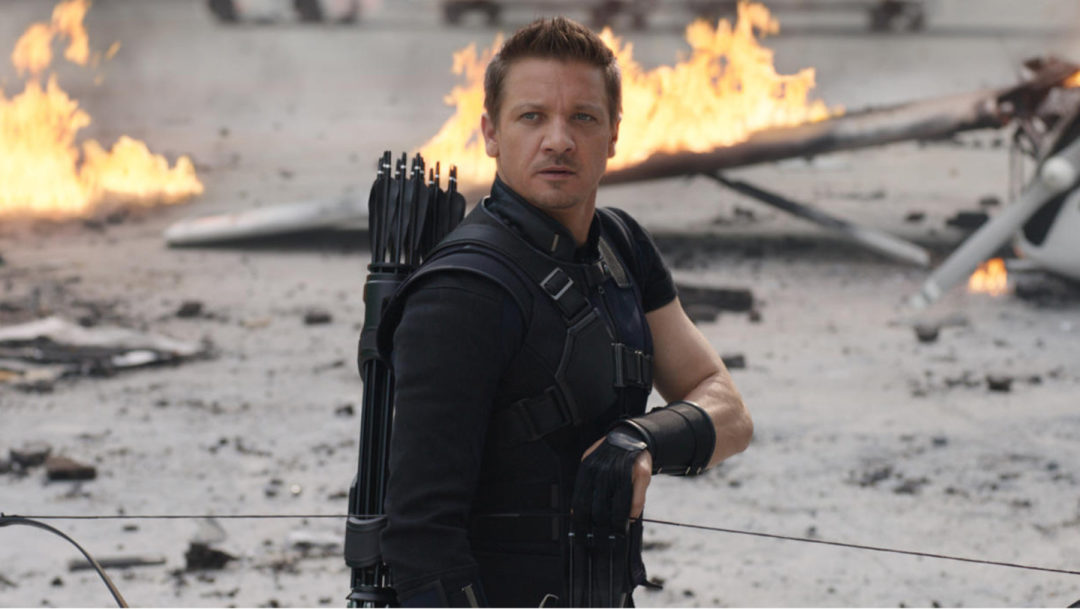 The MCU television effort is in full swing. Yesterday we got the news that WandaVision had its release bumped up to this year, and today reports are coming in that Hawkeye, the spin-off show starring Jeremy Renner, will begin shooting in July. Entertainment journalist Charles Murphy let the info drop on Twitter (via Screen Rant).

Hawkeye isn't starting production until July, if it stays on schedule, so there is no reason RIGHT NOW to be worried about what we don't know about it.

It’s not really clear why anyone would be very worried about the show other than the fact that it wasn’t mentioned in Disney’s 2020 look-ahead tweet, but there’s no reason that it should be since it’s always been scheduled for fall of 2021. The show, admittedly, doesn’t have many details known outside of what we learned at SDCC. It will star Renner as the titular Hawkeye who is in the process of training Kate Bishop to be a master archer like himself. Bishop may be played by Hailee Steinfeld, who was reportedly offered the role, but there hasn’t been any confirmation on that front yet. In the comics, Hawkeye and Bishop form a team, and eventually, Bishop becomes Hawkeye.

Hawkeye is just one of the plethora of shows that Kevin Feige is bringing to Disney+ as he takes over all creative control for Marvel. The effort marks a sharp change in how TV shows are handled by Disney, being the first series that are fully integrated into the cinematic MCU universe. Marvel’s early efforts like Agents of S.H.I.E.L.D. struggled to do this as the Marvel television studio was separate from the cinematic one and broadcast television airing dates were difficult to sync up with film. Now that Disney controls everything, including the streaming platform, it can more easily bring content that releases when it needs it to.