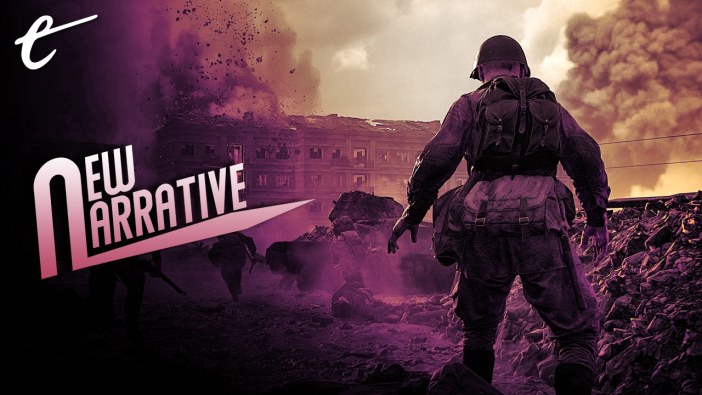 My first match in Hell Let Loose is a study in failure. I misread the ordnance map that’s displayed prior to spawning and indicates the current location of the game’s shifting frontline. As a result, I deploy on Omaha Beach, expecting a D-Day landing scene similar to in Saving Private Ryan or Call of Duty: WWII – men crammed into landing boats, waiting for the ramp to drop, to rush onto sandy dunes pocked with machine gun fire, anti-tank obstacles, and barbed wire. I am greeted instead by an eerie solitude. The artillery craters and Czech hedgehogs are there, but the guns at the far end of the beach are silent. The Axis troops have retreated, pushed back by the Allies. I am a kilometer or more away from the bulk of the 50v50-player main forces.

I use the opportunity to get accustomed to the controls. My M1 Garand rifle feels heavy, its swing from side to side slow even with the control sensitivity turned up. The recoil kicks the camera right up, and the reload takes several nerve-wracking seconds. My running pace is only marginally faster than my walk. In another shooter this would mean I’m a tank, compensating for my lack of maneuverability with firepower. In Hell Let Loose I imagine myself a lone rookie, barely able to use or carry my rifle.

I hear faint claps of gunfire in the distance and make my way towards them. It’s a different war, but there is something of the quiet menace seen in Sam Mendes’ 1917 in this accidental trek across the French countryside. I pass the mutilated body of a horse and find myself near a trench leading to a small bunker. As I jump down, I catch a glimpse of a lone figure in the distance. The soldier hasn’t opened fire on me, and although I have him in my iron sights, I hesitate: How does Hell Let Loose indicate friendlies? 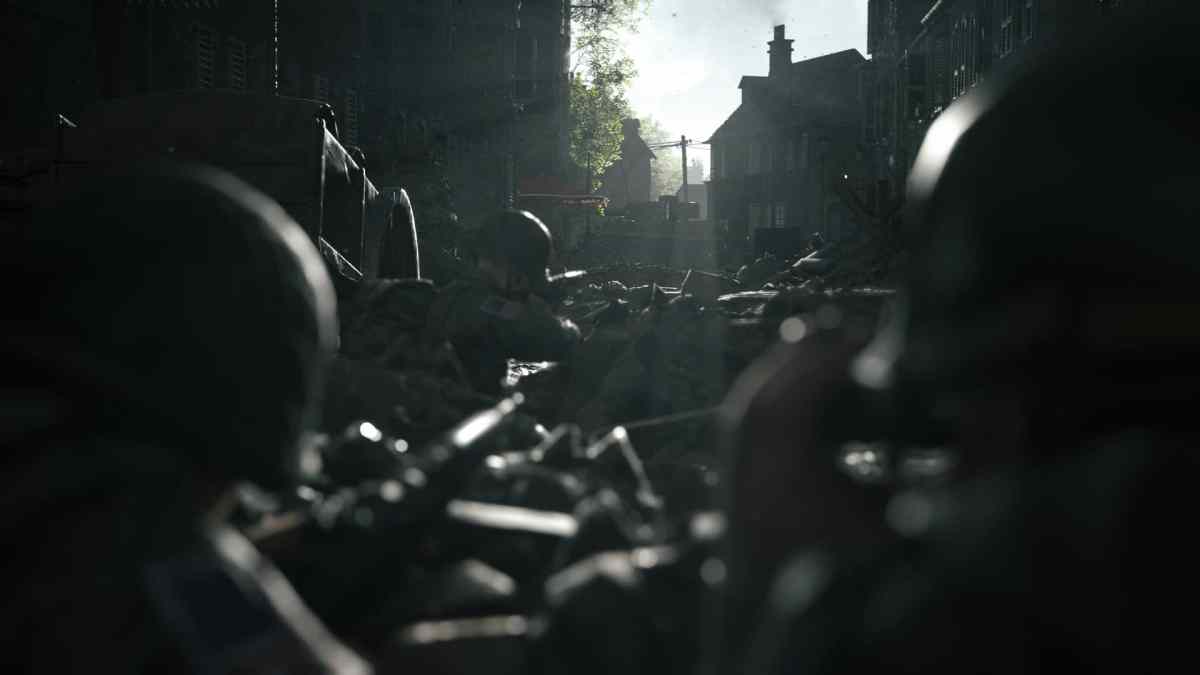 His shots come before mine do, but I manage a couple of rounds before the controller rumbles and the screen blurs to indicate an injury. I put the concrete mass of the bunker between us and run inside, casting about the space like a cornered animal. There is a small closet, poorly lit and cluttered with equipment, ideal to hold off an ambush. I turn to face the entrance, crouch, and begin to staunch the wound. The moments it takes to complete the action seem to stretch for the duration of the 90-minute match. Every instant I imagine the other soldier running into the bunker and mowing me down while I helplessly wait for my field dressing to take effect.

The bandage is applied; my avatar now grips his rifle with bloodied hands. After a few seconds I realize that no one may be coming. It is strangely quiet again as I take a few tentative steps outside, then crouch walk towards where I think I last saw the soldier.

His body is a dark shape on the grass. I stand staring at it, trying to reconstruct our skirmish in my head – I want to be certain that this is my kill and that the soldier is not still out there somewhere. There is a sudden whoosh of air and the game presents me with the choice to bleed out or “let go,” slipping back into the respawn menu. 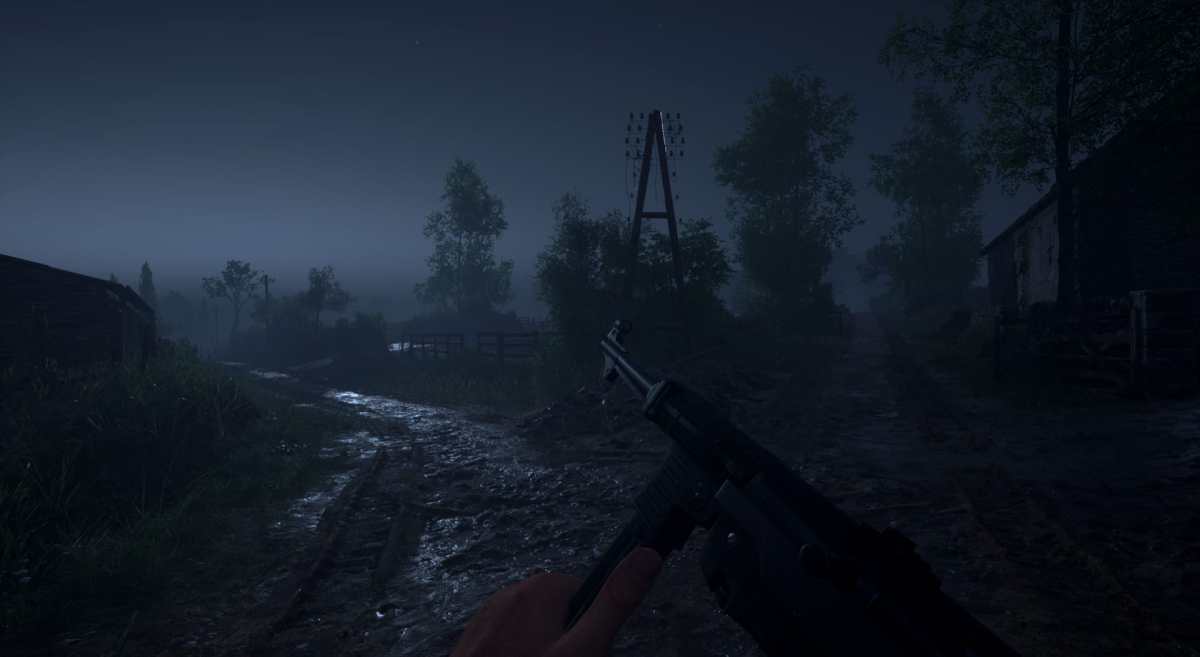 The next hour or so is a gradual transition from the intimate vulnerability of the above encounter to a kind of meta-narrative of individual insignificance, as I am killed over and over again by bullets I can almost never anticipate. A careless peek above a hillock or a necessary dash between two points of cover – Hell Let Loose does not discriminate in dispensing its lesson in arguably the most harrowing war in human history.

It raises the question of the extent to which games are the right medium to dispense this sort of lesson. For example, I often wonder what my grandfather, whose father never returned from deployment to Stalingrad, would make of the Stalingrad mission in the first Call of Duty. Would he take it for a valuable way to teach history to new generations or a callous piece of popcorn entertainment that’s difficult to reconcile with his lived experience?

No doubt the way in which a game is framed makes a difference. By focusing on large-scale encounters, heavy controls, slow action, and near one-shot kills, Hell Let Loose tries to recognize the vulnerability and dispensability of the individual in a conflict that claimed 85,000,000 lives. Other games, like 11 Bit Studios’ This War of Mine, have tried other combinations of hardcore gameplay elements to convey the brutality of military conflict. Others still, such as Brothers in Arms: Road to Hill 30, have attempted to pay respect to the source material by marrying gameplay with genuine historical accounts and first-hand reports. 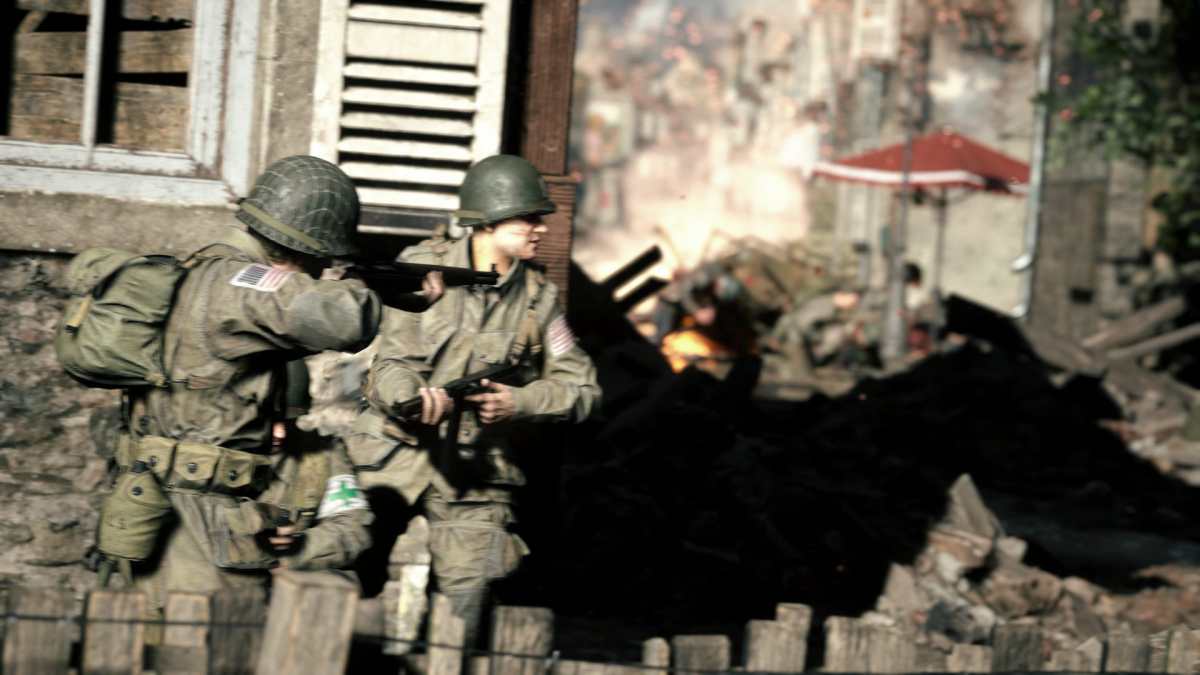 And yet the problem remains that, on some level, all of these games have to be fun to play – a concept that seems fundamentally incompatible with the idea of war. Around the time that Brothers in Arms came out, I invited a friend of mine to try it, citing it as an authentic World War II shooter. After half an hour, he put the controller down in disappointment, commenting that it would be more authentic if the player had to sit in a trench for several days while their squad mates were shot, before being shot themselves. It’s a flippant remark, but one that gets to the heart of the matter: Is there really a way to “gamify” such misery? Should there be?

I don’t have an answer. I enjoyed my time with Hell Let Loose and other games that have tried to convey something of the horrors of conflict. But it’s a sliding scale, and for me games like Call of Duty sit too far at the other end of that scale. I can easily imagine that for some audiences the threshold will be higher. Perhaps the option to respawn or otherwise restart is already a step too far in the context of a time that offered few second chances.