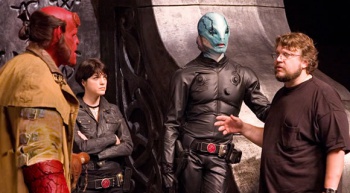 Hellboy 3, the long-rumored, long-awaited sequel to 2008’s Hellboy 2, is officially dead. Director Guillermo del Toro Tweeted out the news today, stating that despite his best efforts, the was absolutely no chance of the movie happening.

Back in January this year, he promised to have a sitdown with Perlman and Hellboy creator Mike Mignola to discuss the movie. It appears as if that didn’t go quite as planned.

Hellboy 3 Sorry to report: Spoke w all parties. Must report that 100% the sequel will not happen. And that is to be the final thing about it— Guillermo del Toro (@RealGDT) February 21, 2017

Based on del Toro’s Tweet, it looks like he has spoken to everyone who could be involved in the film, including executives at Universal Pictures and pivotal actors, such as Ron Perlman.

This isn’t the first time a del Toro movie has been in danger of never being made, with the fate of the Pacific Rim sequel being up in the air for years before being officially confirmed last year. But this is one of the first times the director has actually admitted defeat, so baring some kind of miracle we can assume that Hellboy‘s story is over.

Producer Explains Why NieR: Automata Will Not Release on Xbox One